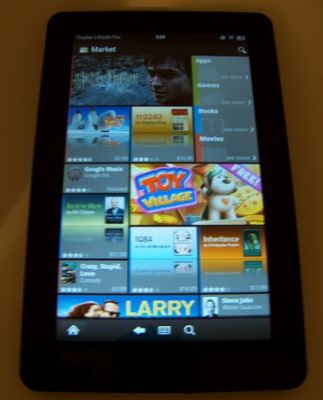 The Amazon Kindle Fire comes with the Amazon Appstore which makes it easy to download and install about 20,000 Android apps. But the official Google Android Market has closer to half a million apps. So it’s no surprise that one of the first things early adopters of the Kindle Fire searched for was a way to add the Android Market to the 7 inch tablet.

And they’ve found it.

Xda-developers forum member Jolleyboy has posted a guide for installing the Android Market on Amazon’s tablet. It’s not necessarily for beginners, since it requires you to root the tablet and change the the permissions of the /system/app directory.

You’ll also need to go into your Kindle Fire settings and enable installation of apps from unknown sources, but that’s pretty easy to do.

The good news is that you won’t just install the Android Market. The installer also includes other Google apps such as Gmail, Google Maps, Google Voice, YouTube, and Google Talk. You can install most of those apps without rooting your device. Just make sure to install GoogleServicesFramework.apk file first.

At first you won’t actually be able to see the Android Market from the Kindle Fire home screen — but if you download and install the MarketOpener.apk from xda-developers, it will add a shortcut to the Market.

You can also sideload an alternate app launcher if you want a more traditional Android-like experience.