But the new Fire TV does have a micro USB port. Amazon says it’s only for power… but for folks that really need an Ethernet jack, the company is offering a solution in the form of a $15 dongle called the Amazon Ethernet Adapter for Amazon Fire TV devices. 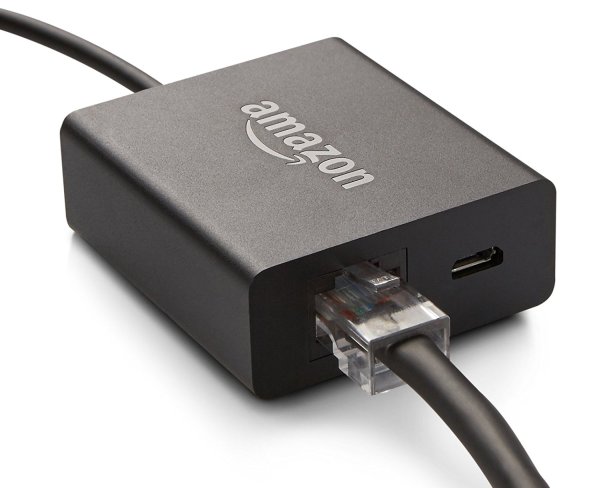 Anyway, this $15 dongle is up for pre-order now and ships October 25th.

Here’s how it works. The dongle is basically a small box with a micro USB port and an Ethernet jack, plus a micro USB cable running out of the other side. Plug that cable into your Fire TV, plug in power and Ethernet cables and you should be able to get online without relying on WiFi.

The new adapter works with the 2017 Amazon Fire TV as well as the 2016 Fire TV Stick with Voice Remote.

Want to use external storage with your Fire TV? Tough. Amazon does not appear to have dongles that bring back the microSD card or USB ports.