Amazon will unveil at least four new Fire tablets soon. How do we know? Not only have we uncovered FCC listings and benchmark results for several models, but now it looks like Amazon has added pictures of the new tablets to its own web servers.

A reader of the AFTVnews website spotted these tiny pictures, and not only do they look a lot like the image leaked by Evan Blass recently, but they also have URLs that are awfully similar to those Amazon uses for its thumbnail icons for the 2014 line of Fire tablets.

If the images are accurate, it looks like Amazon’s next-gen tablets will come in four versions, with sizes likely ranging between 6 and 10 inches (although there have been some unverified reports that a 12 inch Fire tablet could be coming soon).

Most of the tablets are expected to feature entry-level specs, which suggests that even the larger models could carry relatively low price tags. The 6 inch model is expected to have a starting price that could be as low as $50.

Meanwhile, Amazon may be adding some new features. These are expected to be the first Amazon Fire tablets to feature microSD card slots for removable storage. And they’ll likely be the first to ship with Fire OS 5, which is based on Android 5.1 Lollipop. 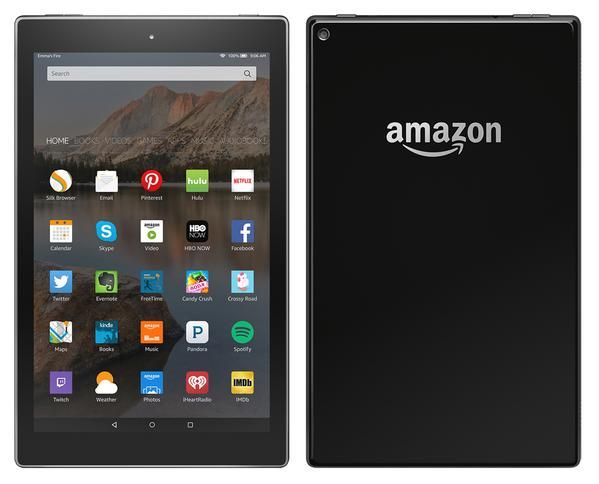 The tablets will still ship without access to Google Play Services, using Amazon’s app and digital media stores instead of Google’s. But it seems like the user interface has been tweaked significantly: instead of a fake bookshelf, the app launcher now shows a series of icons for apps, books, videos or other content, along with a search bar at the top of the screen and Android-style navigation buttons at the bottom.

Incidentally, AFTVnews suspects that Amazon will introduce its next-gen Fire TV box on September 17th. If the company decides to launch its new tablets at the same time, we might not have to wait long to find out just how accurate all of the leaks have been.