Amazon started its life as an online bookseller, presenting a new way to shop for books without visiting a store. These days the company sells practically anything you can ship including books, groceries, hardware, and Amazon’s own line of hardware that you can use to read eBooks, watch videos, play games, and shop… from Amazon. The company is also one of the biggest players in the field of cloud services infrastructure.

But the company also recently started opening its own bricks and mortar book stores in a handful of locations. More recently the company opened a grocery/convenience store concept designed to make shopping simpler. 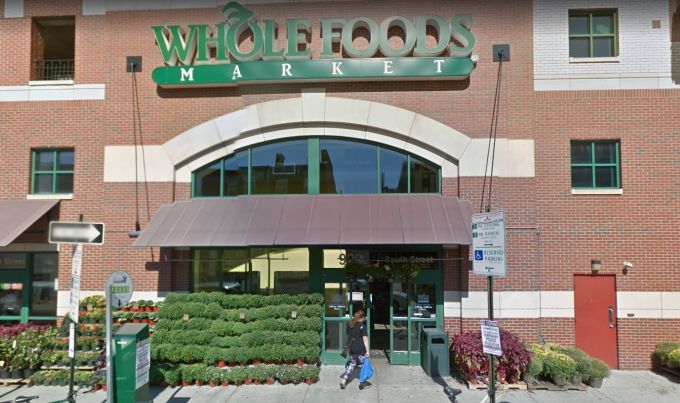 The company announced plans to buy Whole Foods for $42 per share, for a total value of about $13.7 billion.

It’s not entirely clear what Amazon’s end goal is here, but according to the press release announcing the deal, Whole Foods “will continue to operate stores under the Whole Foods Market brand” and the company’s headquarters will remain in Austin, Texas. Whole Foods CEO John Mackey will continue to run the grocery chain.

Bloomberg notes that Whole Foods had been facing pressure to find a buyer and this deal allows the company to do that while retaining current leadership. Meanwhile, this acquisition would be the biggest ever made by Amazon. Up until now that honor belonged to the 2009 Zappos deal, which saw Amazon spend $1.2 billion to acquire the online shoe seller. The next biggest acquisition came in 2014, when Amazon acquired video game streaming company Twitch for nearly $1 billion.

Amazon has come a long way since it was just a company known for selling things over the internet. And the Whole Foods acquisition is hardly the company’s first foray into the grocery space: the Amazon Pantry service provides discounts when you add eligible food and househould products to a box, and the AmazonFresh grocery service lets you buy groceries and have them delivered.

With Whole Foods set to join the Amazon family when the deal closes in the second half of 2017, it’ll be interesting to see how the Whole Foods brand influences Amazon’s existing offerings… and how Amazon’s influence affects Whole Foods bricks and mortar stores around the country.

Whole Foods also has a pretty good reputation for treatment of its workers. Amazon… doesn’t. So another thing to keep an eye on will be the way the two corporate cultures mesh.

In the brief time since the deal was announced, Amazon stock prices have gone up, while competing grocery store chains have seen their prices fall.

Meanwhile, one of Amazon’s chief rivals is also announcing an expansion: Walmart is spending $310 million to acquire men’s apparel company Bonobos. The deal isn’t nearly as noteworthy as the Amazon/Whole Foods announcement, but at a time when Amazon is expanding into bricks-and-mortar and Walmart is trying to increase its internet retail revenue, it’s noteworthy that both companies announced acquisitions today.

3 replies on “Amazon goes bricks and mortar in a big way with $13.7 billion purchase of Whole Foods”