Amazon is already largely responsible for a change in the way people shop, thanks to the company’s evolution from an online bookstore to an online shop where you can buy almost anything, and have many items delivered the same day, or even within hours.

Now Amazon has unveiled a new type of bricks and mortar store that could change the way you shop in the real world. It’s called Amazon Go, and it’s a shop without a checkout aisle.

Just scan a smartphone app on the way into the store, pick up the products you want, and your account will automatically be billed for anything you take out of the store. 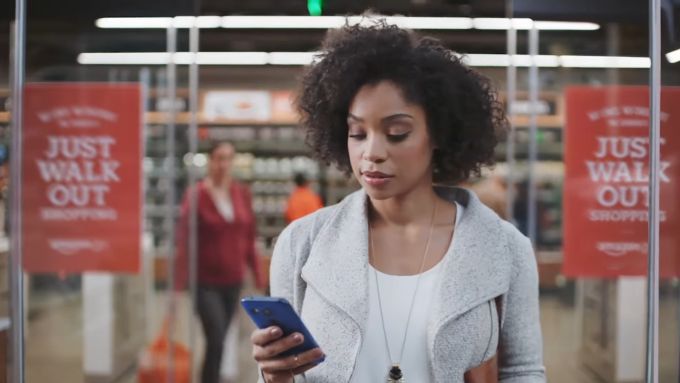 For now there’s only a single Amazon Go location in Seattle, Washington and it’s only available for Amazon employees to use while the system is in beta. But Amazon plans to open its doors to the public in early 2017.

The 1,800 square foot store is basically food/convenience shop with a range of grab-and-go breakfast, lunch, dinner, and snack packages as well as beverages, some grocery items, and ready-to-cook meal packages.

So how does Amazon know which items to bill you for? The store use “the same types of technologies used in self-driving cars” including computer vision, machine learning, and a range of other sensors to monitor you as you go through the store, pick up (or put back) items, and then leave the store.

Instead of waiting in line to pay, Amazon will just charge you for the items you take and send you a receipt when you leave the store.

Update: According the Wall Street Journal, the Amazon Go store in Seattle could be the first of many: the retailer is reportedly planning to open up to 2,000 grocery stores across the country, with several different models of store. One is the cashier-less Amazon Go small grab-and-go concept, while the other two would be larger stores including one that’s a sort of drive-through with curbside pickup for items you order online, and a larger store that offers both in-store shopping and curbside pickup.

It sounds convenient… as long as you’re cool with the idea of computers watching your every move like an overzealous store clerk trying to see which items you’re most interested in. Ultimately, the technology could speed up the process of shopping in the real world… and it could also provide valuable feedback to Amazon about which items are most popular, how to best position items in the store or on the shelf for maximum exposure, and other details that retail sales and marketing people would generally love to have.

If the concept takes on though, it could also put a lot of people out of work. According to the US Bureau of Labor Statistics, in 2015 about 3.5 million American workers held jobs as cashiers.