It was obviously just a matter of time before Amazon merged its Fire TV and Echo line of products to launch a voice-controlled media streamer. So the only really surprising thing about Amazon’s unveiling of the Fire TV Cube earlier this month is that it took the company as long as it did to launch a hands-free, voice-controlled TV box with Alexa support.

Today the Fire TV Cube is available from Amazon for $120, and it’s now shipping to customers who pre-ordered.

The first reviews are also in, and for the most part reviewers seem to think voice control is a good fit for the Fire TV ecosystem. But not everything works perfectly (yet). 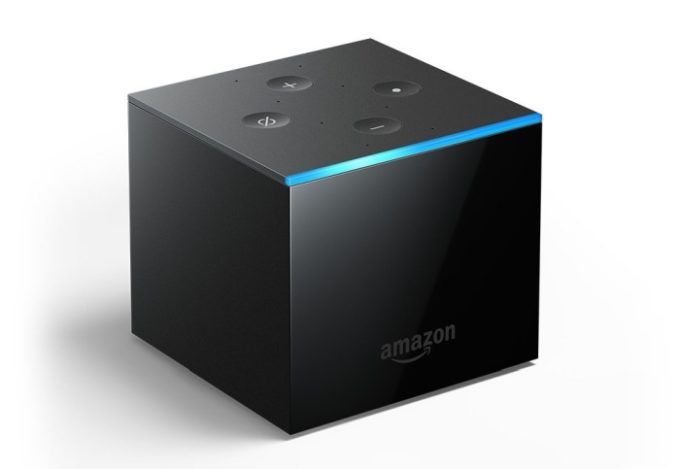 But with 16GB of storage, it has twice as much space for apps, games, or other content. It also has an Ethernet jack for wired connections. But the key difference is that it has a built-in speaker and far-field voice detection that lets you interact with the Fire TV Cube by voice without pressing a mic button on the remote control.

Like an Amazon Echo or Echo Dot, you can use the Fire TV Cube to get answers to questions, listen to music, or interact with third-party Alexa Skills.

So is the Fire TV Cube basically just what you would expect if you smushed together a Fire TV and Echo Dot? Kind of. But having everything in one box does have some advantages.

For one thing, there’s the aforementioned Ethernet jack. There’s also an IR blaster. Set it up for your TV and you can use voice commands to turn on your TV, adjust the volume, or perform other actions just using your voice. It can also be used with sound bars, cable boxes, or other A/V equipment.

When it works as promised, reviewers seem impressed. But The Verge notes that some set-top boxes and other hardware can be finicky. TechHive reports that using your voice to search for content can be a recipe for disappointment, with the Fire TV providing inaccurate search results, and Engadget found that searching for content that’s freely available on Netflix sometimes led to a purchase page on Amazon.

On the bright side, AFTV News found that you can install third-party applications such as Kodi. So the new Fire TV Cube is at least as hacker-friendly as the company’s previous models.