Amazon’s new Fire TV Cube goes up for pre-order today for $140 and ships October 25. Like earlier models, it’s a media streamer with a built-in microphone, allowing you to use either a remote control or your voice to control media playback.

But the new 3rd-gen Fire TV Cube has a faster processor than the 2nd-gen model and adds new features including a built-in speaker, a fabric-covered design, HDMI input, and support for WIFi 6E. 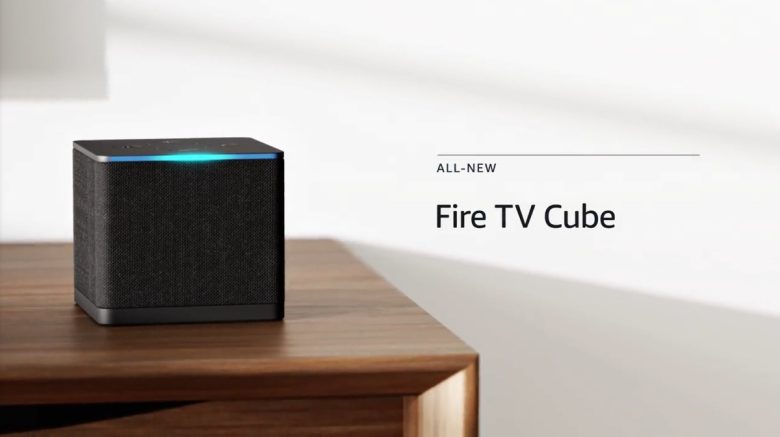 The new Fire TV Cube has a 4-mic array for picking up your voice from around the room. And thanks to HDMI input and an IR blaster, you can link it to your cable box or other devices so that you can not only use your voice to access content from Amazon apps and channels, but also from your cable provider. Amazon says you can turn your TV on or off, switch live TV channels, and perform other actions by voice.

Other features include USB and Ethernet ports, support for streaming audio to compatible hearing aids, and a new octa-core processor that Amazon says is 20% faster than the previous-gen.

The new Fire TV Cube also adds support for AV1 video decoding, which is new to the Fire TV family. 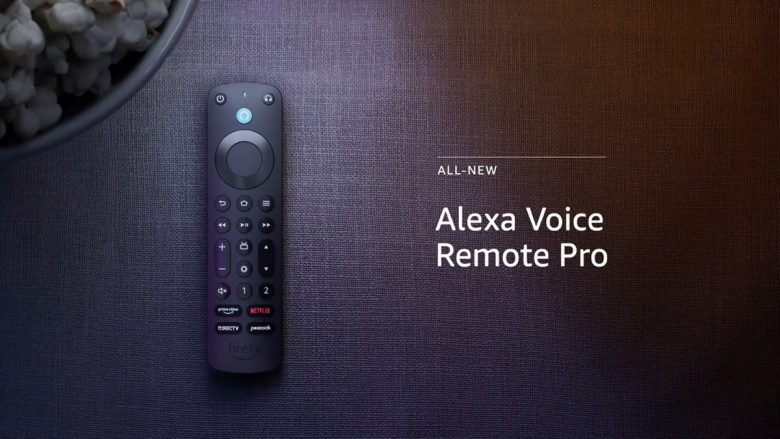 Amazon is also introducing a new Alexa Voice Remote Pro, but the remote doesn’t seem to come standard with the new Fire TV Cube. Instead it’s coming in November for $35 (and it’s up for pre-order starting today).

The new remote has a Remote Finder function that allows you to ask your Fire TV Cube to find your device if you can’t see it, new backlighting for easier use in the dark, and 2 programmable buttons that can be set to open apps or Alexa routines in addition to the four pre-set buttons for Prime Video, Netflix, Peacock, and DirecTV.