Amazon’s latest Fire TV gadget combines is a $35 gadget called the Fire TV Blaster, and while the name makes it sound like some sort of gaming accessory, it’s really an add-on that lets you use your voice to control a TV, cable box, soundbar, and other accessories.

Designed to be used with a Fire TV device and an Amazon Echo device, it’s basically a cheaper alternative to buying a $120 Fire TV Cube for folks that already have one or more of each. If you don’t, you’re probably better off just buying the Cube. 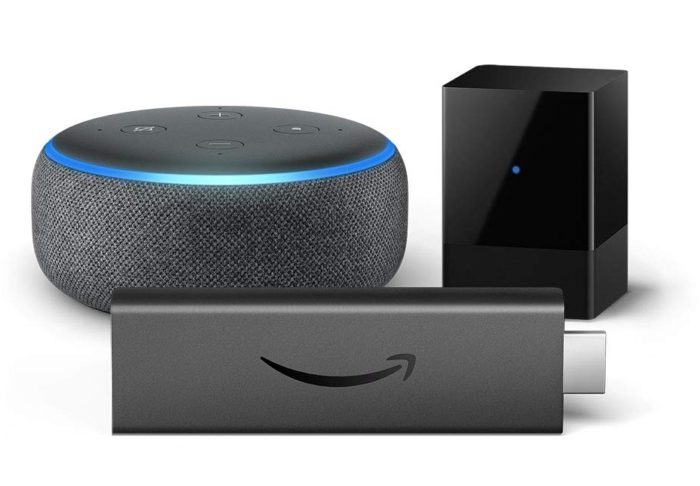 They do that by combining modern features (like the Alexa voice service), with old… kind of cludgy tech (an IR blaster).

Basically the blaster acts like a remote control. It translates your voice commands into infrared signals that it beams to your TV or other devices. So it needs to be set up in a way that allows a line of sight between the Fire TV Blaster and your TV and other gear. Amazon recommends placing it 1-2 feet away from the devices you want to control, with the LED display facing you.

But that does mean that once everything is set up, you don’t need to use different remotes for all your gear — in fact you don’t need a remote at all. You can just use your voice.

In terms of tech specs, the Fire TV Blaster measures about 2.2″ x 1.5″ x 1.5″ and comes with an IR extender cable, a micro USB cable for charging, and a 5W power adapter. It supports dual-band 802.11a/b/g/n WiFi and it’s compatible with

The Fire TV and the bundle are both expected to ship December 11th, 2019.