Amazon has announced that it’s bringing new features to its $99 Fire TV and $39 Fire TV Stick devices. The next over-the-air software update will bring support for Bluetooth headphones and USB storage, among other things.

The Fire TV Stick is also now available for purchase in the UK and Germany, where the the TV box will sell for £35 or €35, depending on your region. Orders are now open, and the Fire TV Stick should ship in mid-April.

If you pick one up within the next two days you can save some money though. 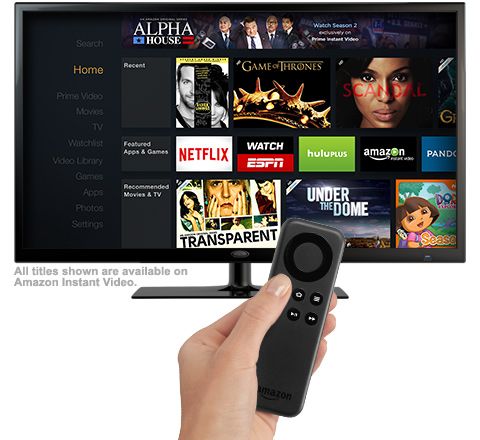 Amazon is rolling out a software update for both the Fire TV and Fire TV Stick, but not all features will be available on the smaller, less expensive Stick.

Amazon Fire TV users will be able to connect a USB mass storage device to provide extra space for games, apps, movies, TV shows, and other media. You can’t connect a USB flash drive or hard drive to the Fire TV Stick though, because it doesn’t have a USB port to spare.

The Fire TV also gains support for Bluetooth headsets for “private listening.” This feature doesn’t seem to be available for the Fire TV Stick either.

New features that are available for both TV devices include:

Of course you don’t need to wait for the software update to add functionality to a Fire TV or Fire TV Stick. You could always sideload apps that aren’t available from the Amazon Appstore including the XMBC or Kodi media center applications.