Amazon’s Fire tablets are some of the most affordable tablets worth buying. While they tend to have fairly slow processors, they also have decent screens, an acceptable amount of storage, and hard-to-beat prices – the Fire 7 tablet sells for $50 and up, the Fire HD 8 has a starting price of $90, and the Fire HD 10 goes for $150 and up, although all three are often on sale for less than list price.

But they also ship with a custom version of Android called Fire OS and an Amazon Appstore instead of the Google Play Store. That means you may have a hard time finding some apps you’re looking for or synchronizing your data between your tablet and your phone. 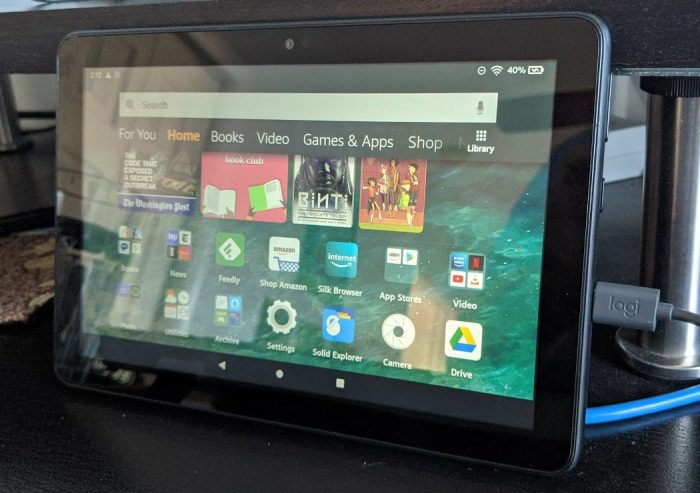 It’s pretty easy to install the Google Play Store by changing a setting and downloading a few apps. But there’s also an unofficial Fire tablet hacking tool called Fire Toolbox that can make things a lot easier, while also helping you control many settings, install or uninstall many apps and features, and make other changes to most Amazon tablets.

Version 9.0 was released in October, 2020, conveniently just ahead of Amazon Prime Day, when the Amazon Fire HD 10 will be on sale for $70 off, and the Amazon Fire 7 Kids Edition will be discounted by $40. 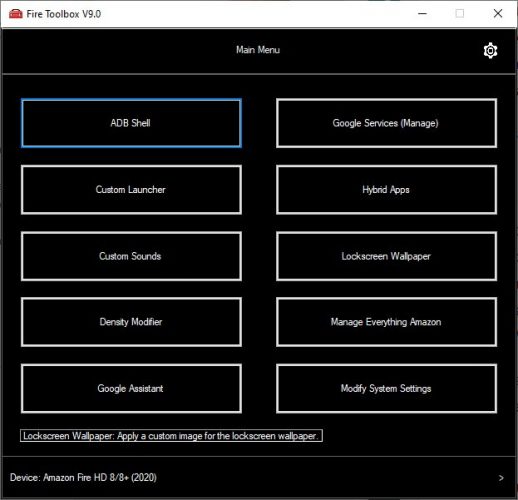 The latest version of Fire Toolbox supports most Amazon tablets released since 2014, including the most recent additions, the 2020 Amazon Fire HD 8+ and Fire HD 8.

Once installed on a Windows PC, you connect your tablet to your computer with a USB cable and use the Toolbox to do things like:

And that’s just the tip of the iceberg. For the most part these are things that you could also do by installing Google’s Android Debug Bridge (adb) and running a series of commands in a command prompt. But the Fire Toolbox makes the process a lot simpler.

Since the last time I wrote about the toolbox, the developer has also made some major updates to the backend, including: 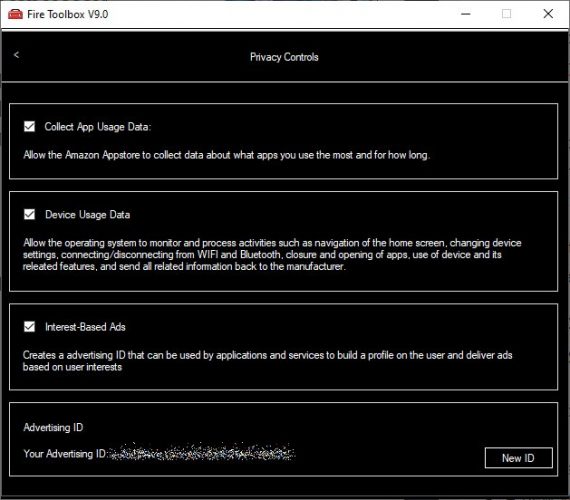 There are also a number of new features and usability improvements. For example, hovering over a button will bring up a description at the bottom of the screen, giving you a better idea of what that feature does. When sideloading apps, you can now grant all requested permissions automatically. And there’s support for managing multiple Google accounts on a single device.

You can find details for other new features, behavior changes, bug fixes, and performance notes in the changelog at the xda-developers forum, or just go ahead and click that same link to download and install the latest version of the Toolbox to start hacking your tablet.

Keep in mind that there’s always some risk involved with using this sort of tool, so you may want to make sure to save any important data stored on your tablet before getting started. But if you recently picked up (or are thinking of picking up) an Amazon Fire tablet but don’t want to be limited to using Amazon’s apps and services, the unofficial Fire Toolbox may help you to get more out of the tablet.

If you just want to install a few apps that aren’t available in the Amazon Appstore and don’t want to jump through the hoops above, the easiest way to do that is just to enable installation of unknown apps on your tablet and then download and install APK files from a trusted source such as APK Mirror using the tablet’s web browser.

You can allow installation of unknown apps on an Amazon tablet by:

How to get Android apps without using the Play Store