Less than two weeks after the 10th-gen Amazon Fire HD 8 and Fire HD 8+ tablets began shipping, the developer of a popular Fire tablet hacking tool has released an update to add support for Amazon’s newest tablets.

In addition to adding support for Amazon’s 2020 model 8 inch tablets, Amazon Fire Toolbox v7.2 also adds support for changing the Lockscreen Wallpaper on 8th-gen or newer tablets and some changes to the settings and user interface.

Update: Fire Toolbox version 7.3 is now available with all the features mentioned below, plus performance improvements, bug fixes, and a new user interface for sideloading apps as well as support for batch sideloads to install up to 5 apps at once. 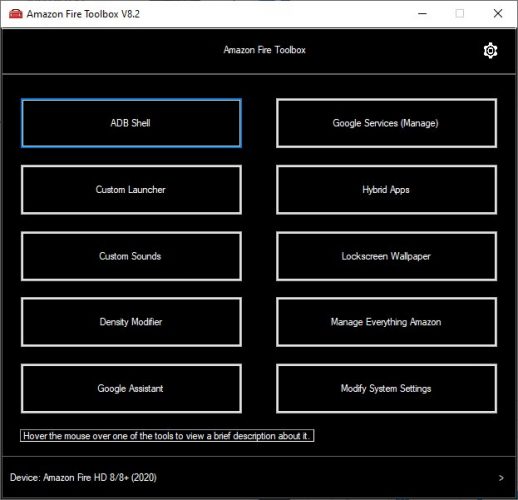 Amazon Fire Toolbox is designed to automate the process of doing things like:

You can also use the toolbox, reboot, power off, or boot to recovery, backup or restore your device, open an adb shell, and more.

While you can do some of these things manually (I’ve written guides for manually installing Google apps and disabling Amazon apps on the 10th-gen Fire HD), the toolbox simplifies the process.

Just keep in mind that version 7.2 is brand new and may not work perfectly just yet — for example, it identified my tablet as a Fire HD 8+ when it’s actually a Fire HD 8. There’s not a huge difference, but I opted for the cheaper model which means my tablet has 2GB of RAM rather than 3GB. And while the toolbox seems to be able to create a backup of my device, it gets stuck at the backup screen after the process has completed.

Also keep in mind that you will still need to enable Developer Options and USB debugging before you can use the Toolbox. Here’s how to do that:

On your tablet, take the following steps: 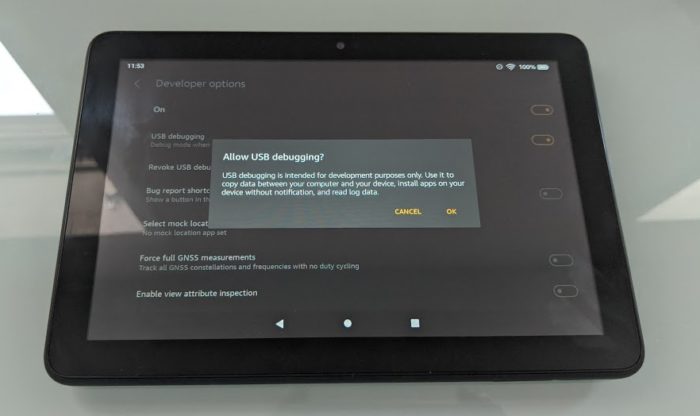