As usual, Amazon is offering deep discounts on Fire tablets for the holiday shopping season. And as usual, some folks would like Amazon’s tablets better if they worked a bit more like other Android tablets.

Amazon Fire tablets run a fork of Android called Fire OS. That means they have an Amazon-designed user interface and ship with Amazon’s Appstore rather than Google Play. But it’s surprisingly easy to add the Google Play Store to all of Amazon’s current-gen tablets.

If you want to do anything more than that (like replacing Fire OS altogether with a custom ROM), you have to jump through some more hoops — and not every model supports custom ROMs yet.

Anyway, whether you’re looking to pick up an Amazon Fire tablet for as little as $30 during the holiday season… or if you’ve received one as a present, here are some of the latest up-to-date resources for hacking Fire tablets. 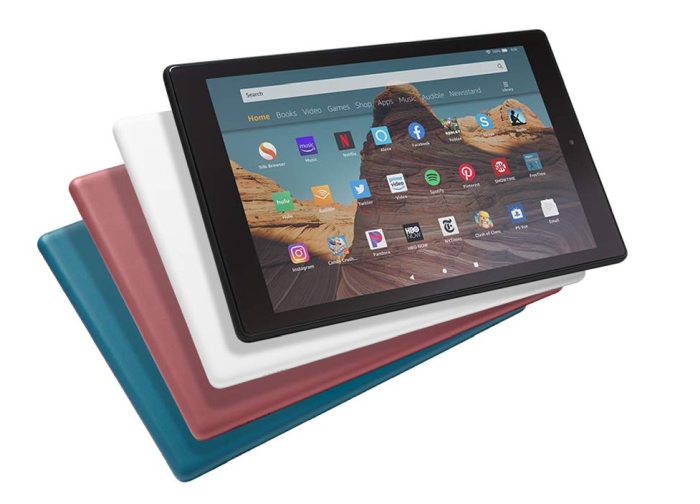 First up, the simplest (and probably safest) thing to do is install the Google Play Store and Google services on top of Fire OS. This won’t replace Amazon’s app store, but it will give you a reasonable safe and easy way to access millions of apps that aren’t available in the Amazon Appstore.

In a nutshell, all you need to do is go into your tablet’s settings and enable installation of apps from unknown sources. Then download and install four apps, sign in with your Google username and password, and you’re good to go.

There’s a post at the xda-developers forum with instructions and download links for the four apps you need to install.

Want an even easier method? You can try using the latest version of Datastream33’s Amazon Fire Toolbox.

Things get more complicated if you want to root your tablet, install custom ROMs, or make other system-level changes. Right now there’s no known way to do that on the 2019 version of the Amazon Fire HD 10 tablet, but there are methods for rooting and unlocking the current-gen Fire 7 and Fire HD 8 tablets.

Know of any Amazon Fire tablet hacks, tips, or tricks that aren’t listed above? Let us know in the comments.

Update 7-03-2020: Amazon’s 10th-gen Fire HD 8 tablet has a faster processor and more RAM than the 8th-gen model released in 2018. You cannot unlock the bootloader or root the 2020 version of the Fire HD 8 tablet, but you can install the Google Play Store and remove most Amazon apps.