Amazon’s Fire tablets run a custom version of Android called Fire OS… and while the company releases small software updates from time to time, it’s rare for one of Amazon’s budget tablets to get a major OS bump.

But that’s just what happened recently. When the 7th-gen Amazon Fire, Fire HD 8 and Fire HD 10 were released in 2017 they all shipped with Fire OS 5. Now the company has released a Fire OS 6 software update.

Update: A number of users report that after installing the update, their tablets are still running Android 5.1. It’s unclear if Amazon has changed the definition of Fire OS 6, if there’s a typo in the version number, or if another update is on the way. 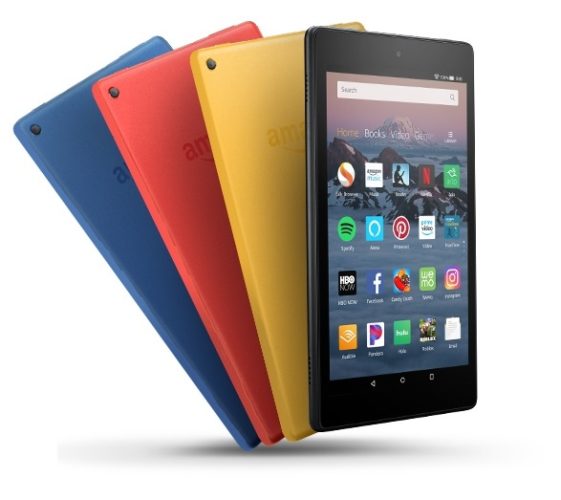 Fire OS 6 originally made its debut with the release of the Fire HD 8 (2018) model tablet, and had not previously been available for older devices.

The move to the newer OS means that the tablets pick up some privacy and security features baked into newer versions of Android, as well as battery life/power consumption improvements and support for “adoptable storage,” which lets you treat an SD card as if it were built-in storage.

And folks who’ve hacked their 7th-gen Amazon tablets by installing the Google Play Store can also now run some recent apps that may not be compatible with earlier versions of Android.

Those newer tablets are also hackable, by the way.