There’s one catch though — the Fire HD 8 is very much an Amazon tablet. It runs Fire OS 6, which is a fork of Google Android 7.x Nougat. But it has an Amazon-designed user interface, comes with Amazon’s Appstore and tight integration with Amazon Music, Video, and Kindle eBook services, among other things.

You can install the Google Play Store fairly easily. But if you want even more control over the tablet you may want to root it and/or unlock the bootloader so that you can add or remove software that would otherwise be locked down.

Update: You can also now unlock the bootloader and root 5th-gen and 7th-gen Fire 7 tablets.

Update 2: As of March, 2019, it’s also now possible to root some Fire devices without unlocking the bootloader, and to unlock the bootloader of the Fire HD 8 without opening the case.

Update 3: Looking to hack the 10th-gen Amazon Fire HD tablet that was released in 2020? You cannot root the tablet or unlock the bootloader. But you can install the Google Play Store and remove most Amazon apps. 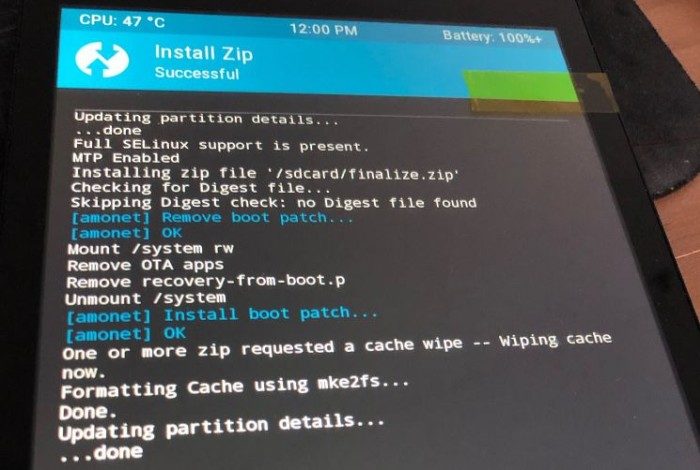 Xda-developers forum member xyz has leveraged a vulnerability on devices with MediaTek processors to come up with a series of steps for unlocking the bootloader and root the device.

If you follow all the steps what you’ll have is a Fire HD 8 (2018) tablet running Fire OS 6.3 with root access. This could also open the door for loading custom ROMs and kernels on the tablet. And since the exploit relies on a hardware vulnerability, it’s unlikely that Amazon would be able to stop users from rooting their tablets through any future Fire OS software updates. It would take a hardware revision to block xyz’s method for unlocking and rooting the tablet.

It’s not the easiest method I’ve ever seen, and there’s a chance you could damage your device. But the good news is that Fire tablets are cheap, so you’re not out a lot of money if you break yours.

Wait, is this really a good idea?

That depends. If you want to load custom firmware or just want to run software that requires root access, this is your best way of doing that on one of Amazon’s best bang-for-your-buck tablets.

But you will certainly lose any data on your tablet that hasn’t been backed up. This method for rooting the Fire HD 8 involves prying open the case, so there’s a chance you might scratch or damage it. And while there’s no soldering or other advanced electrical skills required, you are going to need to use a paperclip or some other conductive metal to test a short point, which could be a little tricky/intimidating.

Update: It looks like we’re all good on that front.

It’s also possible that someone may eventually find a way to root the tablet that doesn’t involve opening the case. But so far that seems to be the only way to do this.

How does this work?

I’m not going to repost all the steps for rooting the tablet here. You should head over to xda-developers for that, because that’s where you’ll find the most up-to-date description of the process.

But here’s an overview.

Normally when you root or unlock an Android device, you do that by putting it into recovery mode, plugging it into your computer with a USB cable, and running a few commands on your PC to send software to the phone or tablet.

That’s also what you do to root the Fire HD 8… but there’s an extra step required in order to get the tablet into download mode while it’s in recovery. You have to pry open the case, locate a pin on the board, and then short it by touching a paperclip or some other conductive item to the CLK pin and a ground (like the metal shield located nearby). 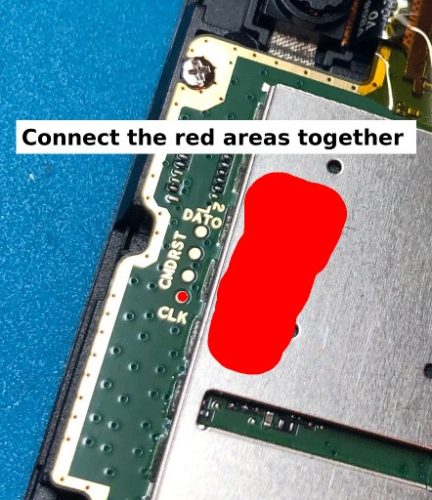 So the steps basically go:

If you’re comfortable doing all of those things, you can find the list of software you’ll need and step-by-step instructions in xyz’s write-up at the xda-developers forum.

Note that the initial instructions are written for Linux, but it should be possible to use a Windows machine by changing a few commands and/or using Windows Subsystem for Linux.

It probably does… but the steps are going to be a little different. The 2017 and 2018 models of the Fire HD 8 have very similar hardware. But, among other challenges, the eMMC test point for the 2017 model is behind a shield, you’d need to remove that first with a soldering iron before you could use the method described above, which means you need a little more skill (and additional hardware) to pull this off.

Meanwhile, long-time Fire tablet hacker DragonFire1024 says xyz’s method is very similar to something he’d been working on… but it’s further along. He’s already planning to see if he can leverage the technique to root & unlock the latest Amazon Fire HD 10.

If you really want to root a 2017 Fire HD 8 tablet, that is possible… but it’s a lot harder. The last time I checked, the only way to do it involved taking the tablet apart, soldering an SD card adapter to the board, and then using that to connect the tablet to your computer to you could transfer the files needed to root the tablet.

Update: What can you do with a rooted Fire HD 8?

Now that folks are starting to poke around on their rooted devices, we’re starting to see instructions for doing some nifty things like: