As expected, Amazon is launching a new version of its Fire HD 10 tablet with several new models. The new 11th-gen Amazon Fire HD 10 keeps the same $150 starting price as the 9th-gen model released in 2019, but the new tablet has a number of improvements including more RAM, a brighter display, support for larger microSD cards, and Bluetooth 5.0.

There’s also now a new Amazon Fire HD 10 Plus which has even more memory plus support for wireless charging as well as several other options including:

The new Fire HD 10 tablets are available starting May 26 for $150 and up, and they’re up for pre-order starting today. They join an increasingly crowded Amazon Fire tablet family, which also includes lower-priced models with 7 and 8 inch displays.

You can also now use microSD cards up to 1TB with the tablet. The 2019 model only supported cards up to 512GB. 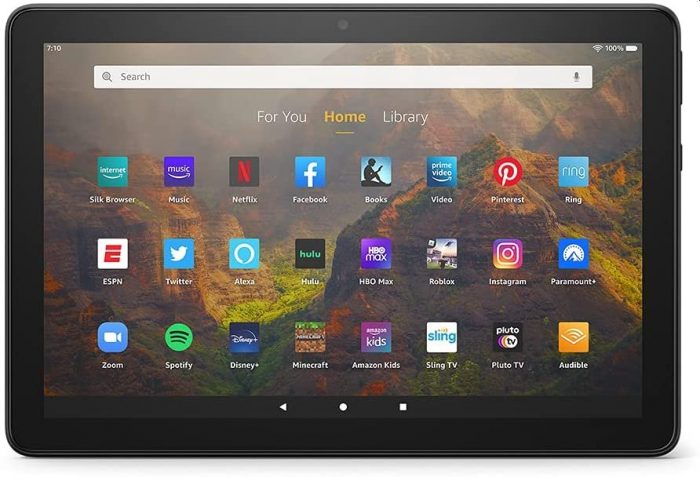 The tablet has stereo speakers, a 3.5mm headphone jack, and a USB 2.0 Type-C port and support for up to 15-watt fast charging (although you’ll have to pay extra for a fast charger since the starting price only includes a 9W charger).

It has a 5MP rear camera and a 2MP front-facing camera and dual microphones. The front camera has also been moved to one of the long sides of the tablet, making it easier to use in landscape mode. Earlier Fire HD 10 tablets were designed with a camera situated for portrait orientation.

Amazon says the Fire HD 10 has a 2 GHz octa-core processor. It’s the same MediaTek MT8183 processor used in the 2019 model, but since that tablet was already the fastest in Amazon’s lineup, I’m not too disappointed to see the company stick with the chip in order to help keep the price low.

On the outside, this tablet looks nearly identical to the standard model. But for $180 and up you get two bonus features: 4GB of RAM rather than 3GB and support for wireless charging.

If you flip it around and look at the back, you’ll also find that the new Fire HD 10 Plus has a soft touch finish on the rear cover. 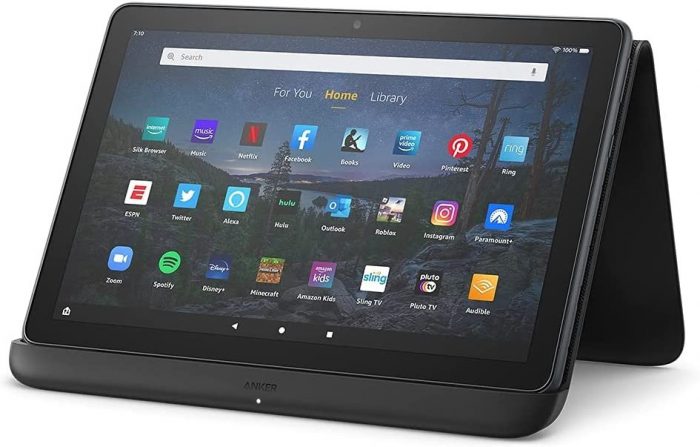 Just note that a wireless charging dock is not included in the base price. List prices for a bundle that includes the wireless charger and tablet start at $230, although Amazon is currently offering a $10 discount.

Here’s a comparison chart that shows the differences between the new Fire HD 10, Fire HD 10 Plus, and the previous-gen Fire HD 10 (2019) model.

This bundle includes the standard Amazon Fire HD 10 with 3GB of RAM and 32GB or 64GB of storage plus a keyboard case that has a detachable Bluetooth keyboard and a 12-month subscription to Microsoft 365 Personal Edition, which allows you to use Microsoft’s Office apps on the tablet as well as 1TB of OneDrive cloud storage. 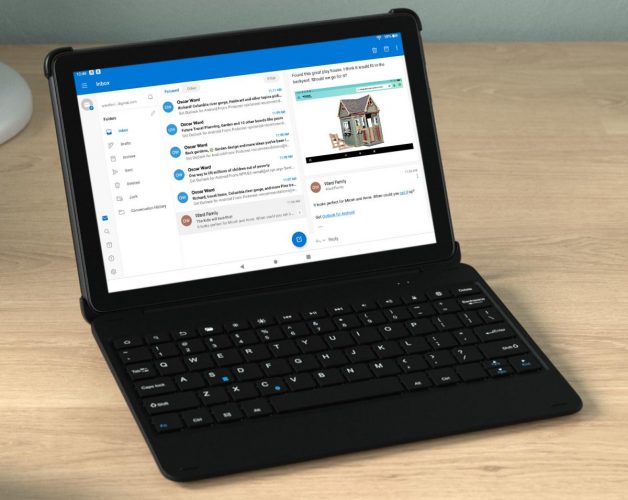 Just keep in mind that you’ll need to renew that subscription after the first year if you want to continue using Microsoft’s apps and services.

Amazon says the Bluetooth keyboard has a rechargeable battery that’s good for up to 400 hours of use. The keyboard charges separately from the tablet.

List prices for the Productivity Bundle start at $270, but Amazon is currently taking pre-orders for a promotional price of $220 and up.

As usual, Amazon is offering a Kids edition version of its new tablet. This one comes with a “kid-proof” bumper case that’s available in blue, aquamarine, or lavender colors and which has a kickstand that also works as a handle. 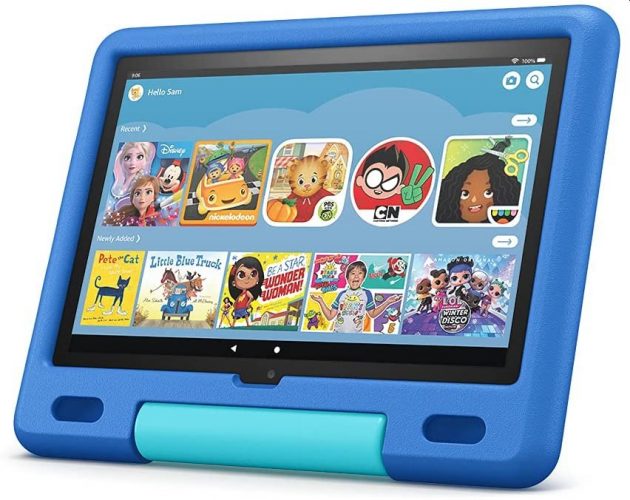 Aside from the case, what sets this tablet apart from the standard model are the software and services. That includes:

This tablet is priced at $200 and is only available in a single configuration with 3GB of RAM and 32GB of storage. But right now Amazon is offering a 30-percent discount when you pre-order two Fire HD 10 Kids tablets, bringing the price of a 2-pack to just $280.

Amazon is also introducing new Kids Pro versions of all of its tablets including models with 7, 8, and 10 inch displays. 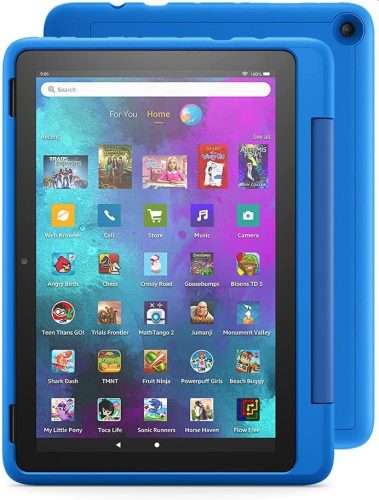 Like the normal Kids Edition models, these tablets come with a 2-year worry-free guarantee, a 1-year subscription to Amazon Kids+, and parental controls. But these tablets have a slimmer bumper case and a few different features including:

It does feel a little funny to append “pro” to the name of a tablet designed for kids. But I think we’ve moved long past the time where pro was short for “professional” when it comes to mobile devices. Smartphones, tablets, and other devices with pro in the name are basically just regular devices with a few bonus features that typically jack up the price.

In the case of the Amazon Fire HD 10 Kids Pro though, the starting price is the same as for the non-Pro model. The tablet is up for pre-order for $200 and it should begin shipping May 26.

Wondering how Amazon’s new tablet stack up against other models in the Amazon Fire tablet family? Liliputing’s got you covered with our comparison of all current-gen Fire tablets.