Amazon Music is now available for Android, iOS, Fire TV devices, and the web… at least if you’re in the US, UK, or Germany. 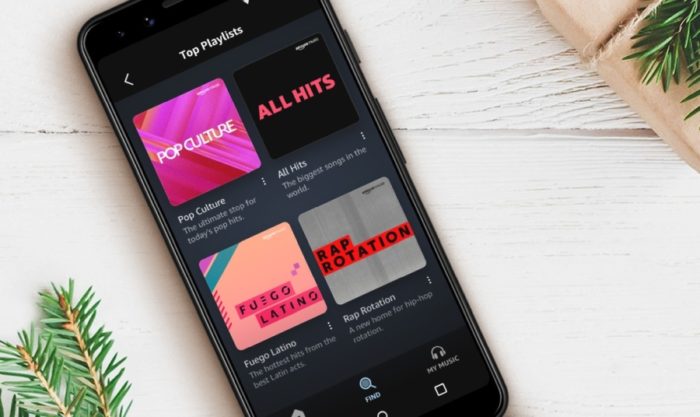 Amazon’s music strategy has been… complicated, to say the least.

The company has been offering a subscription music service called Amazon Music Unlimited for a few years. Pay $10 per month (or $8 for Amazon Prime members) and you can stream millions of songs for free.

A few months ago, Amazon launched a Hi-Fi version of the service called Amazon Music HD, with subscriptions running $15 per month ($13 for Prime members) for access to 24-bit/192 kHz audio.

Meanwhile, the company has been offering a smaller selection of ad-free music to Prime members since 2014 with a service called Amazon Prime Music.

The new ad-supported Amazon Music service first launched this April, but at the time it was only available on Amazon Echo devices. If you didn’t have one of Amazon’s smart speakers or displays, you were out of luck.

Now it’s available on a wider range of devices — including most phones and tablets. The web app means it should also work with most PCs. But Amazon does seem to be sticking to its own Fire TV platform for folks that want to stream music from their televisions — there are no Roku, Android TV, or Apple TV apps, for example.

Amazon isn’t the only company with an ad-supported tier. Spotify has been offering customers a choice of listening to ads or paying for a subscription since the service first launched.

Personally, I’ve been listening to Spotify’s ad-supported music streams for years… but for the past month or two I’ve been using Amazon Music Unlimited thanks to a 3-month promotion. It is nice not having the music interrupted by ads every few songs… but I find Spotify’s recommendations, playlists, and other features to be much more to my liking. I’ll probably switch back my promotional subscription ends.