The new Amazon Echo Show is basically an Echo with a display… and a camera. The display lets you do things like watch videos or see news, stock price, traffic, or weather updates, among other things.

But it’s the camera which really makes the $230 Echo Show different from most of Amazon’s previous devices. Because now in addition to an always-listening microphone that waits for you to say “Alexa” before responding, there’s a camera that’s always watching… sort of.

The camera detects movement and turns on the display when you walk into a room. To be fair, Amazon says the camera won’t capture pictures or videos unless you explicitly tell it to… but then there’s the optional “Drop in” feature. 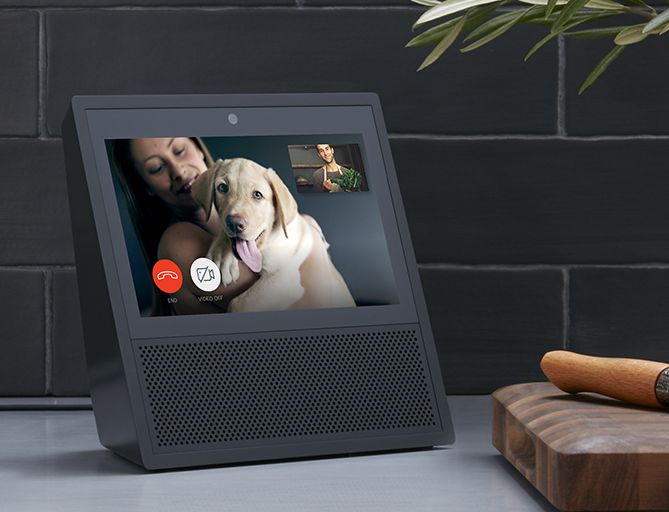 Here’s how Drop in works: you can choose to give friends or family members to Drop in and start a voice-and-video call almost instantly. When someone wants to drop in, you’ll hear an audio tone and see a visual indicator that someone is trying to drop in.

What they’ll see is a “frosted glass view” from your camera… for 10 seconds. After that, the frosted effect fades away and they’ll see whatever is in front of your camera.

In other words, you’ll have 10 seconds to end the call or turn off the camera before the participant can see… well… whatever’s going on in front of the Echo Show.

I’m having a hard time imagining why you’d ever use this feature at all.

Fortunately, Drop in is entirely optional, and it’s not the only way to use an Amazon Echo Show to make calls. There’s also a calling and messaging feature that lets you send voice or text messages to other users in non-real time, or place a call to another user… which they have to accept before the call goes through.

There’s also a do not disturb mode. And there’s an option to turn off the mic and camera on you device altogether by pressing a button on top of the Echo Show. A red LED light will indicate that the mic and camera are turned off.

It’d be nice if there was an option to disable just the camera, while leaving the mic on though… because disabling them both means that the Alexa wake word detection won’t work.