Amazon’s newest Echo Show smart display is the largest yet, with a 15.6 inch full HD display and support for Amazon’s Alexa voice assistant.

The Amazon Echo Show 15 is also the first Echo device that’s meant to hang on your wall like a picture frame. In fact, you can also use it as a digital picture frame when you’re not interacting with it. First announced in September, the Echo Show 15 is now available for pre-order for $250, and it’s expected to begin shipping December 9, 2021. 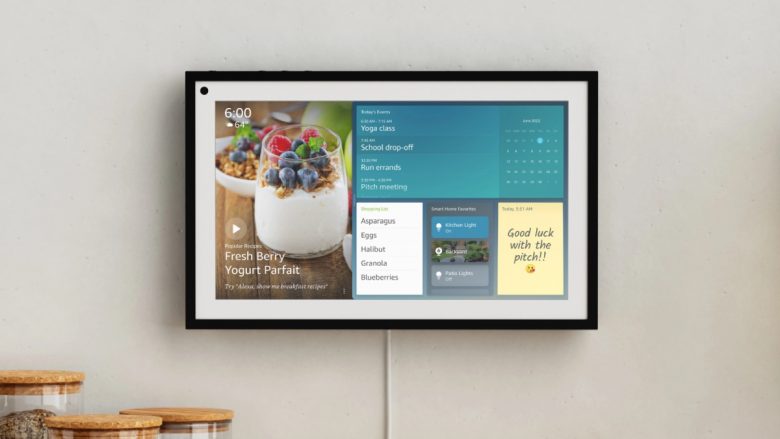 The new model joins the Amazon Echo Show 5, Echo Show 8, and Echo Show 10 in Amazon’s line of smart displays, but the new model stands apart in a few key ways.

Not only does it have the largest screen, but its flat-screen design makes it appropriate for wall mounting, unlike other models which are chunkier. And since it can be hung on a wall, Amazon positions it as a device that can be used as a sort of digital bulletin board for your home, with support for things like shopping lists, to-do-lists, and virtual sticky notes, which are just some of the widgets that can be pinned to the display. 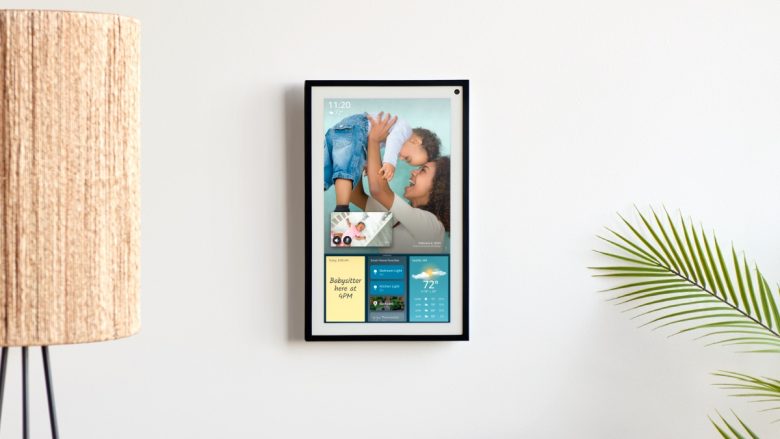 The Echo Show 15 has a 5MP camera that you can use for video calls. The camera can also be used for facial recognition, allowing the Echo Show 15 to show personalized content depending on which member of your household is looking at the display.

For privacy purposes, Amazon says that this feature is opt-in only, and it’s all handled locally on the device without facial recognition data being sent to the company’s servers thanks to the device’s Amazon AZ2 Neural Edge processor.

The down side to processing the data locally is that this means if you have more than one Echo Show 15 you’ll need to set up face recognition on each device. The upside is that, at least theoretically, Amazon isn’t storing a visual profile of the people in your home.

There’s also a physical shutter button that can cover the camera when you’re not using it.

And if you’d prefer a big screen that doesn’t hang on your wall, Amazon will offer an optional stand that you can use to set up the Echo Show 15 on a table or other flat surface. There will also be an under-cabinet mount accessory. 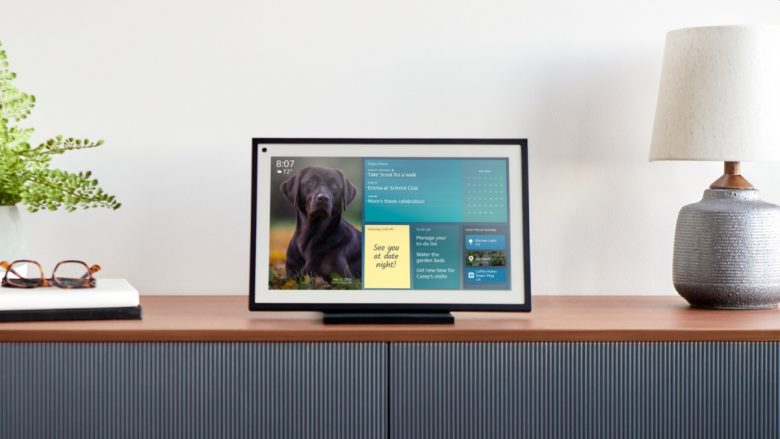 And since the Echo Show 15 has a large, 1080p display, Amazon says it’s also the first Echo Show device to support full HD content from Amazon Prime Video and other services including Netflix and Hulu. Amazon says support for live TV from Sling TV is also coming to all of its Echo Show devices soon.

There’s also support for picture-in-picture mode, allowing you to do things like view a feed from a security camera or smart doorbell while interacting with other content.

The Echo Show 15 can also do everything that other Echo and Echo Show devices can, including playing music, answering questions, running third-party skills, and acting as a controller for connected smart home devices. 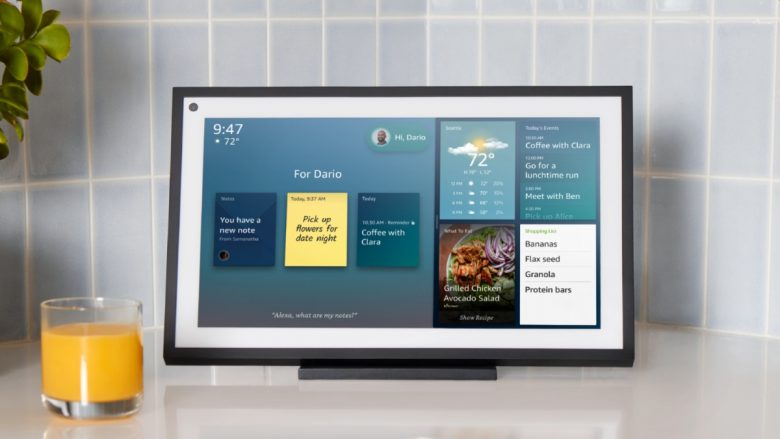