When Amazon launched the 2nd-gen Echo Dot speaker last year, the company offered discounts if you bought a 6-pack or 12-pack. That deal has ended, but you can still save money by picking up a 3-pack from some retailers.

The idea is that you could buy a bunch of Amazon’s entry-level smart speakers and put them in rooms throughout your house so that you could interact with the Alexa voice assistant wherever you are. 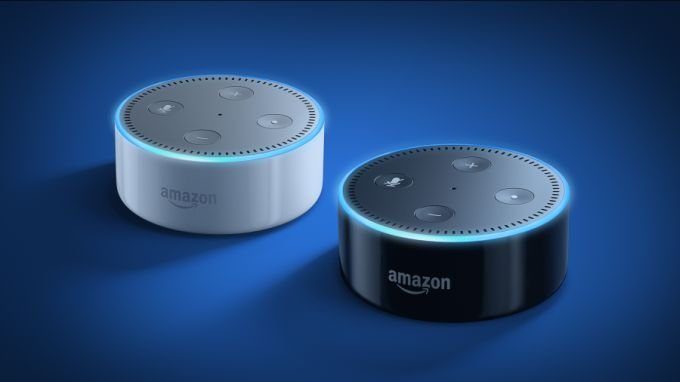 At launch, multi-room audio works with the Amazon Echo, Echo Dot, and Echo Show. Soon you’ll be able to use the feature with any Alexa-powered device, including third-party gadgets like the Eufy Genie.

All you need to do is set up you devices using the Alexa app on your phone by creating groups of two or more devices.

Then you can ask Alexa to play music on one or multiple devices, and the audio should stay in sync, allowing you to keep listening as you move from room to room.

Services that support multi-room audio on Echo devices including Amazon Music, Pandora, TuneIn, and iHeartRadio. Amazon says Spotify and SiriusXM support is in the works. And the company has released a new SDK for developers that want to add support.

Of course, an Amazon Echo Dot isn’t exactly audiophile-level hardware designed to compete with multi-room solutions from Sonos or Bose. But while the Echo Dot has a small built-in speaker, you can also connect external speakers via a 3.5mm audio jack or Bluetooth if you’d prefer to use the Echo Dot as a receiver for your favorite speaker system.