Amazon might be working on a new device that combines some of the best features of an eReader and a tablet. The company has filed a patent application for a device with two screens: a color display on one side, and a low power E Ink display on the other. 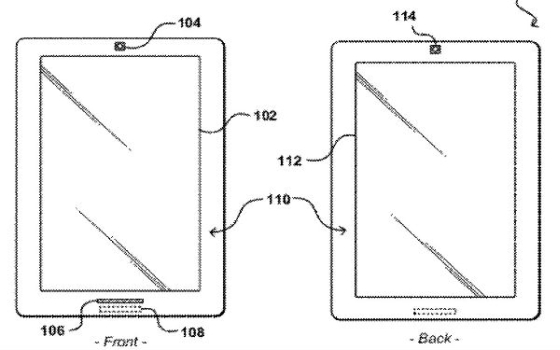 But while tablets like the Apple iPad can run for 10 hours on a charge, eReaders like the Amazon Kindle can run for up to 30 hours thanks to their lower power E Ink displays.

It doesn’t take any power at all to sustain text or pictures on an E Ink screen. The display only draws power when it’s refreshing the image, which pretty much only happens when you “turn” a page in a book.

By offering a device with both display types, Amazon could bridge the gap between its current Kindle and Kindle Fire devices — letting you buy one device and use it as an eReader some of the time, and a full-fledged Android tablet the rest of the time.

While Amazon is seeking a patent on this technology, it may not be the only company thinking along these lines. E Ink is showing off a dual-screen smartphone prototype at the IFA show in Berlin this week, suggesting that at least one phone makers plans to bring such a device to market.

Of course, that “phone maker” could be Amazon. There’s a rumor going around that the company is thinking about launching a smartphone. But it seems more likely that the drawings in the patent application depict a tablet/eReader.

via Engadget and Mashable

4 replies on “Amazon could be preparing a dual screen, E Ink and LCD tablet”