Amazon’s Fire TV and Fire TV Stick devices are getting a new look… or rather, the software that they display on your TV screen is getting an overhaul. The hardware looks pretty much the same.

In October Variety gave us a sneak peek at the new Fire TV user interface, which moves the navigation from the left side of the screen to the top, offers a more colorful look, and generally… looks a lot like Android TV.

Now Amazon is starting to roll out Fire OS 5.2.4.0 which features the new design, along with some other changes. 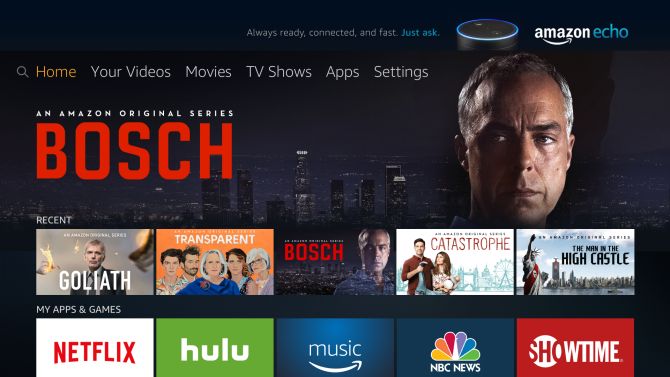 According to Cord Cutters News and AFTVnews, the update is rolling out first to 2nd-gen Fire TV and Fire TV Stick devices, but it should eventually be available to owners of 1st-gen hardware as well.

Aside from the new design, there’s also a new notification center, which allows app developers to push information about app updates and other non-urgent news.

When a notification is available, you’ll see an indicator next to the Settings tab on the home screen. Opening the Notifications menu lets you view any available notices, take actions suggested by them (such as updating an app) dismiss them, or adjust your settings.