Amazon is taking its Appstore for Android global. The company has announced that in the coming months users in 200 countries will be able to download apps from the Amazon Appstore, and developers can now submit apps for distributions including those nations. 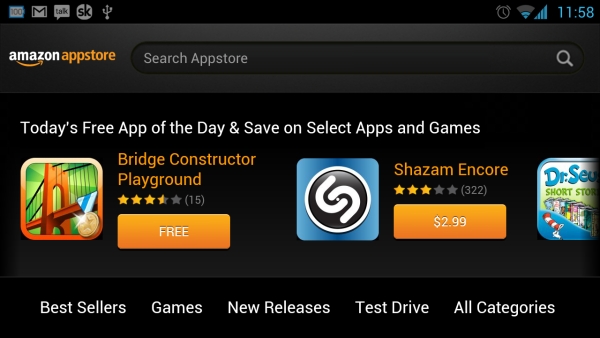 If that number seems kind of high, that’s because there are only 193 countries represented in the United Nations, and some institutions that count nations stop there.

Wikipedia has a list of 206 sovereign states which, presumably, includes at least six places that might not be covered by Amazon’s Appstore.

But that’s kind of beside the point… because almost anywhere you are on the planet, Amazon plans to let you download apps for your Android phone or tablet.

I suspect the company hopes you’ll consider doing that with an Amazon Kindle Fire devices, but the Appstore is available for pretty much anyone using an Android device… even in a country that may not be fully supported by the official Google Play Store — right now you can only download paid apps from Google Play in about 129 countries.

Amazon’s store doesn’t have as many apps as the Play Store, but it’s probably the best stocked marketplace of Android apps outside of Google’s store.