But big updates have a habit of breaking compatibility with third-party apps from developers who haven’t updated their software to ensure compatibility. And for most of the past two months the Amazon Appstore fell into that category. But now Amazon says its app store is finally compatible with Android 12. 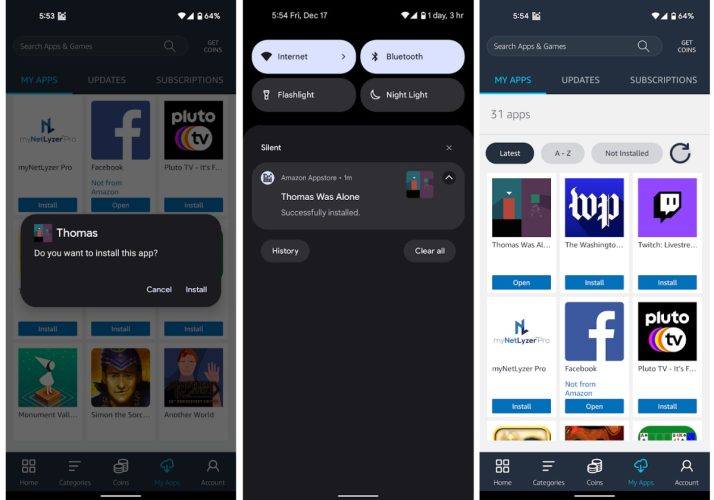 The Amazon Appstore for Android is basically Amazon’s version of the Google Play Store: a central location where you can find apps and games and pay for in-app purchases including game items or newspaper or media streaming subscriptions.

Amazon first launched the Appstore in early 2011, about half a year before the company began selling its own line of tablets running the Android-based Fire OS. Initially one of the key reasons to use the Amazon Appstore was that the company gave away a free app or game every day. That program was eventually discontinued, but I’ve still got some decent games in my library that I picked up nearly a decade ago.

These days the primary reason to install the Amazon Appstore on an Android phone or tablet is probably because you’ve already paid for apps or games for an Amazon Fire tablet and you’d rather not have to buy them again from the Google Play Store in order to use them on your phone or other devices. 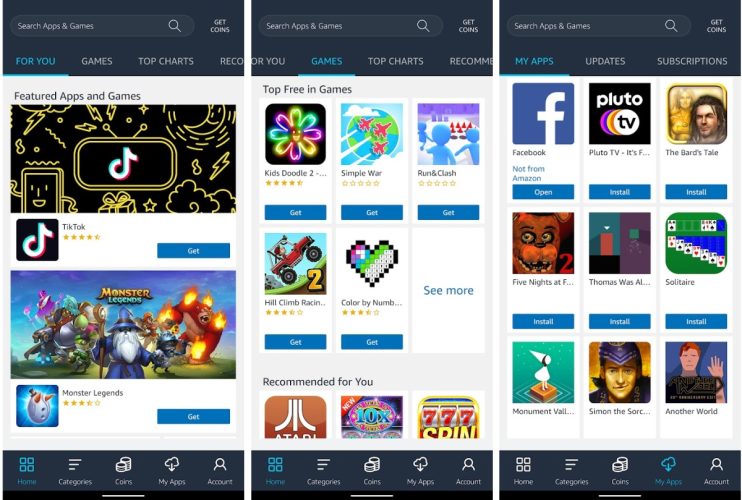 And so when folks who had been using the Amazon Appstore on devices running Android 11 or earlier started updating to Android 12 and found that the Appstore no longer worked, they began leaving complaints in Amazon support forums.

The problem is that not only did the app not load, but any games you’d already installed through the Appstore wouldn’t run either. Now they should:

“We have released a fix for an issue impacting app launches for Amazon Appstore customers that have upgraded to Android 12 on their mobile devices. We are contacting customers with steps to update their Appstore experience. We are sorry for any disruption this has caused.”

I just downloaded and installed the Appstore on my Pixel 4a 5G running Android 12 and I can confirm that I was able to run the app and download and install a game linked to my account. So it looks like we’re good to go… a few months after Android 12 was released.

Update: Your results may vary. Some users say that even after installing the latest version of the app, some of their previously purchased apps are not available.

While it’s not unheard of for an app developer might not update their apps or games to be compatible with the latest Google APIs in time for a major Android OS update, it’s more than a little surprising that a company as big as Amazon took this long to ensure that their software worked with the latest version of Android. But better later than never, I guess.