The Motorola Moto G4 Play is a 5 inch smartphone with a Qualcomm Snapdragon 410 processor, 2GB of RAM, and 16GB of storage.

First unveiled a few months ago, the phone is basically a smaller, cheaper, less powerful version of the Moto G4. And now it’s available from Amazon for $100 and up.

Amazon has added the Moto G4 Play to its line of Prime Exclusive phones. 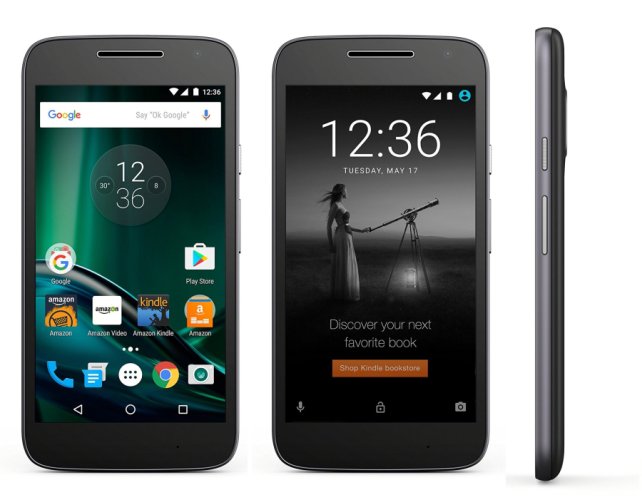 These phones are basically offered for $50 off their list prices to customers willing to put up with ads on the lock screen, as well as some pre-loaded Amazon apps including the company’s shopping, Kindle, and Appstore apps.

Don’t want to make that bargain? Then you can buy a standard Moto G4 Play from Amazon for $150.

The phone has a 1280 x 720 pixel display, a 2,800 mAh batter, an 8MP rear camera, a 5MP front camera, and a microSD card slot. It ships with Android 6.0 Marshmallow software and supports all major US wireless carriers.