Liquavista makes low-power, sunlight viewable displays using a technology called electrowetting. The company’s been showing off its technology for a few years, but even though Samsung acquired Liquvista in 2011, no commercial products featuring the team’s displays have been released yet.

Now Amazon has acquired Liquavista from Samsung, which means the maker of the popular Kindle line of eReaders and tablets sees promise in the displays. 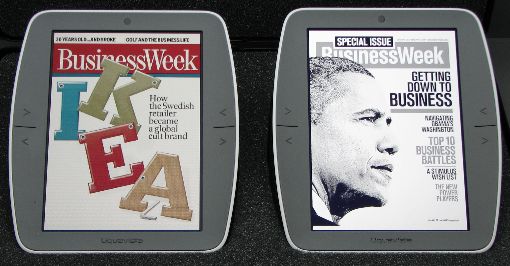 Like an E Ink screen, you can view a Liquavista display outdoors in direct sunlight using nothing but ambient light. But unlike E Ink, a Liquavista screen can display color and can handle high screen refresh rates for video and graphics.

The screen technology is close enough to LCD that you can build a Liquavista-style display in a factory set up for manufacturing LCD screens while making a few changes.

Screens are the most power-hungry components on most smartphones and tablets. Since these displays consume less electricity than most, you could add hours of battery life to an existing phone or tablet, while improving outdoor visibility.

The screens might not look quite as good as a typical LCD or AMOLED screen though. But it’s possible Amazon has no plans to use Liquavista technology in phones or tablets. The company could be buying the technology for use as a replacement for E Ink in upcoming Kindle eReaders.

In other words, one day you might be able to buy a Kindle which provides weeks of battery life, a color display, and a screen which is visible with or without a backlight.

Nate at The Digital Reader has been reading tea leaves for the past few months, and rightly predicted way back in January that Amazon was getting ready to acquire Liquavista from Samsung.

Only time will tell if the company manages to do anything more with the company than Samsung did.

4 replies on “Amazon acquires display maker Liquavista, could use tech in future Kindles”