The Amazon Echo was the first voice-activated speaker to ship with support for Amazon’s Alexa voice service. But since the original Echo launched in 2014, Amazon has introduced two generations of Echo Dot speakers, the Amazon Tap portable speaker, Alexa support for third-party hardware and odd new devices like the Echo Show and Echo Look.

Now the original Amazon Echo is finally getting an update.

The Amazon Echo 2 is shorter, has an updated mic array, and a much lower price than the original. It’s available starting today for $99. 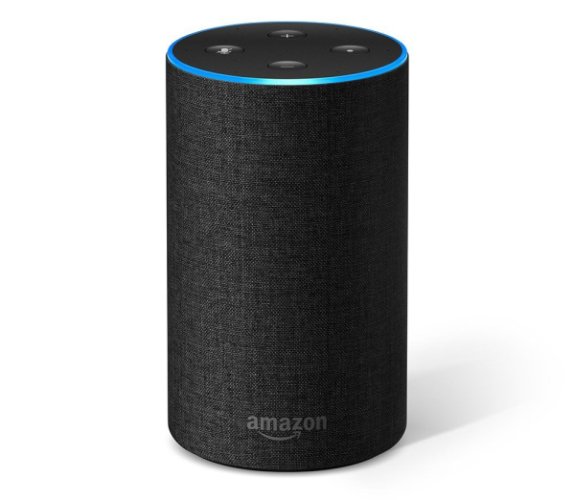 Amazon says the 2nd-gen Echo does a better job of recognizing voices thanks to its new far-field microphone array system. But the bigger changes may be visual.

The new Echo speaker is still a cylindar, but it’s shorter and comes in grey… but it’s designed to work with optional shells that let you customize the look of the device: some offer a fabric cover, while others give the device a wood or metallic finish.

In other words, the Echo 2 is priced to compete with the $129 Google Home smart speaker which also supports colorful, swappable shells. It doesn’t seem like Amazon plans to take on Apple in the high-end space… at least not with this particular device.

Apple’s upcoming HomePod is a $349 smart speaker with support for the Siri voice assistant and audio quality that’s expected to be competitive with premium WiFi speakers from companies like Sonos and Bose.

In fact, you can buy three Amazon Echo 2 speaker for $100 less than the price of a single HomePod. Amazon is selling 3-packs for $250.

Amazon also announced that it’s adding a new feature to Echo speakers soon: the ability to make free voice calls to phone numbers in the US, Canada, and Mexico. That’s something Google Home users can already do.

via Amazon, TechCrunch, Variety, Gizmodo, and The Verge