The company says Taara links are able to beam data over a distance of about 5 kilometers at 20 Gbps speeds. During a 20-day period, over 700 terabytes of data were transmitted, with 99.99% availability. 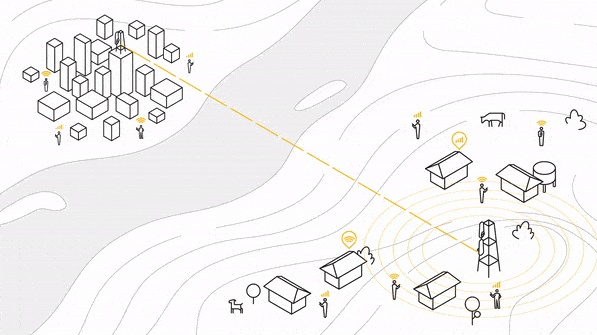 Alphabet worked with Liquid Intelligent Technologies on the system which uses Project Taara technology to provide a digital connection between Brazzaville in the Republic of Congo and Kinshasa in the Democratic Republic of Congo. While the cities are only 4.8 kilometers apart, they’re separated by the Congo River and Alphabet notes that you’d need to lay about 400 kilometers of fiber cable to connect the cities.

Beaming data via lasers avoids that problem, bringing down costs substantially. But the wireless optical communication introduces its own challenges: you need an unobstructed line of sight.

That means that certain weather conditions can affect connectivity, which is why Alphabet is starting its Project Taara testing in sub-Saharan Africa rather than, say, San Francisco where fog would regularly get in the way. The company says this means there are certain areas where Project Taara technology will probably never be viable, but Alphabet estimates that it can offer more than 97 percent reliability in much of the world.

Another issue is temporary obstructions like birds flying in front of the signal or animals shaking the towers where the hardware is located. So Alphabet has fined tuned its hardware and software to make automatic adjustments on the fly to deal with thing like light rain or animals.

The result is a system that can shine a beam of light that Alphabet describes as “the width of a chopstick” accurately enough to hit a target the size of a US quarter as far as 10 kilometers away.