Chinese chip maker Allwinner is introducing a new line of ARM-based processors aimed at  a variety of devices including laptops, TV boxes, and “Internet of Things” connected devices such as smart Bluetooth speakers.

The most powerful of the bunch is the Allwinner R58 octa-core chip which could power devices like laptop computers.

In fact, Charbax from ARM Devices recently got a chance to check out a demo of a laptop featuring an R58 processor. 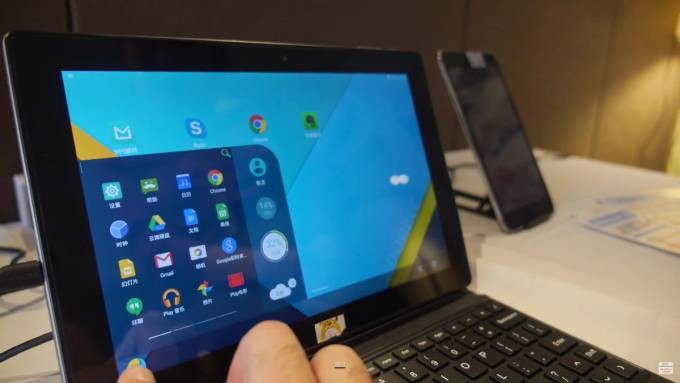 The laptop prototype appears to be running a custom version of Google Android which looks a lot like Jide’s Remix OS, but which has a Windows-like app launcher that I haven’t seen before.

Next year the company will move to new chips named, Allwinner R88, R18, and R6, respectively — and Allwinner says the high-end chips may support Windows 10 as well as Android.