Allwinner Technology is giving an early look at Google’s latest Android software running on its chips.

The company says Android 5.0 Lollipop will be available for tablets with Allwinner A33 quad-core and Allwinner A80 octa-core processors. Allwinner has also demonstrated Android TV running on a device with an A80 chip. 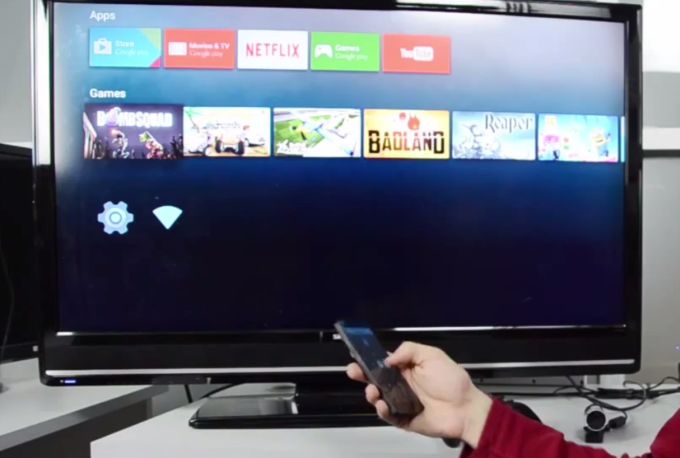 It’s not surprising that Google’s latest tablet and TV software can run on Allwinner’s chips. Google designs Android to be able to run across a wide range of devices.

What’ll be interesting to see is whether this means we’ll start to see Chinese device makers release inexpensive smart TV boxes with Google’s official Android TV software. We’ve seen hundreds of smart TV devices from companies such as Rikomagic, Tronsmart, and Minix in recent years, but they’ve usually shipped with the full smartphone/tablet version of Android and a custom user interface rather than a version of Android truly designed to run on televisions.

In some ways, the official Android TV software is actually less capable than the smartphone or tablet versions of the operating system. As I pointed out in my Google Nexus Player review, that’s because the Google Play Store will only show apps and games that have been verified to work with a remote control and TV interface.

This is a good thing in at least one way: it means you won’t end up installing apps that are difficult to use. It also means you won’t have to dig into settings and other menus designed for touchscreen devices when you’re using a TV and remote.

On the other hand, there are a relatively small number of Android TV-friendly apps available from the Play Store at the moment, so a device that runs Android instead of Android TV lets you install a wider range of apps… even if they don’t all work.

So now that Allwinner is showing that its chips are capable of running Android TV, I’ll be curious to see whether device makers actually choose to load that version of Google’s mobile operating system.

For now, I’ll probably continue using my TV-friendly Chromecast and Amazon Fire TV Stick for most of my video streaming needs. But I do have a few more TV boxes with Rockchip and Allwinner processors and Android 4.4 KitKat software sitting on my test desk.

14 replies on “Allwinner shows Android 5.0, Android TV on its chips”