Chinese chip maker Allwinner has joined the Linux Foundation as part of an effort to improve its relationship with the open source community.

While you can run Ubuntu and other Linux-based software on many tablets and TV boxes with Allwinner chips, the company has a history of violating GPL by failing to make source code available.

The company’s involvement with the Linux Foundation could help change that. Maybe. 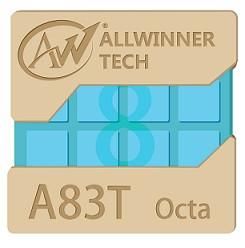 A few years ago developers discovered they could get Ubuntu and other Linux-based software to run on devices like the Mele A1000 and Rikomagic MK802, which helped make these mini PCs popular with folks looking for more than a simple TV box.

There’s even a Sunxi Linux community dedicated to developing open source software for products with Allwinner processors. But the community has called out Allwinner for numerous GPL violations.

Allwinner says it can be difficult for a newcomer to the Linux space to collaborate with the open source community and comply with licensing requirements, which is part of the reason the company is joining the Linux Foundation in order to work more closely with those that have more experience.

It’s too soon to know what impact this will have, but it could pave the way a better working relationship with developers of Linux-based software which could mean that we’ll see better support for GNU/Linux-based operating systems on devices with the company’s chips.