Allwinner plans to begin mass production of its new quad-core processor for low-cost tablets in July. The company has announced that the Allwinner A33 chip will be available to device makers for as little as $4.99, and Allwinner has also revealed plans for reference tablets which could cost as little as $40 to build (and which would likely sell for a little more. 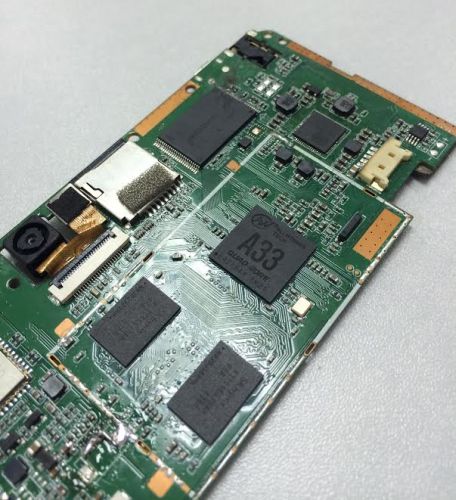 The Allwinner A33 chip is a quad-core ARM Cortex-A7 processor with ARM Mali-400 MP2 graphics. It’s pin compatible with the chip-makers older A23 dual-core chip, which means that device makers can switch to the new processor without altering their designs.

According to Allwinner’s reference platform, we could expect to see cheap tablets with the following specs sporting the A33 chip:

The spec sheet Allwinner sent me shows estimated prices of $40 to $50 for those tablets, but I’m pretty sure those prices are for system builders, not end users. Still, it’s likely that tablets that cost as little as $40 to make could hit the streets with prices well below $100.