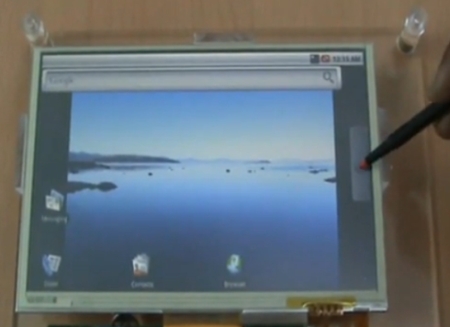 Sure, the government of India thinks it can produce a Google Android tablet that will cost just $35 (when you order a million units), but Indian company Allgo has designed a prototype that is says could be built for just $50 — without requiring a government-sized order to bring costs down.

Of course, a tablet that costs $50 to build will probably carry a higher retail price. But that’s still pretty cheap.

Allgo has actually been showing its technology off for a while. In June, we caught a glimpse of a similar solution that could be built for just $15 — except that price didn’t include the LCD display. But Allgo’s new “Stamp” prototype includes a 7 inch, 800 x 480 pixel resistive touchscreen display.

According to Silicon India, the cost would be about $50 per unit to produce 10,000 units. Want to bring the price down to $40? Easy. Just produce a million units.

You can check out a demo video of the stamp tablet in action after the break.