AllCast is an Android app designed to let you stream photos, videos, and audio from your Android phone or tablet to a wide range of devices including a Google Chromecast, Amazon Fire TV, Apple TV, Roku, or Xbox 360. While most of those devices already support streaming online video from services like Netflix, AllCast lets you send home videos shot with your phone or movies downloaded from the internet to a TV.

Now developer Koushik Dutta has released a new app called AllCast Receiver that lets you skip the set-top-box. Install AllCast Receiver on any device running Android 4.1 or later and you can stream video from one Android device to another. 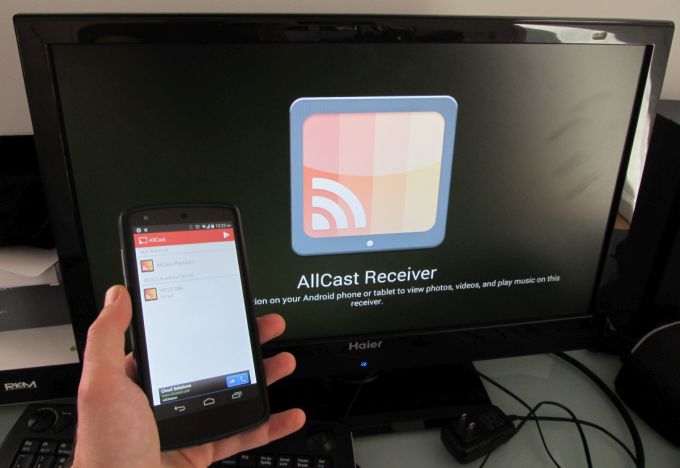 For example, if you’ve got a tablet with HDMI output you can set it up by your TV, fire up AllCast on your phone and use it to turn your tablet into a TV box, complete with a wireless remote control (your phone).

Or if you have an Android-powered TV box like the Tronsmart Vega S89 or Rikomagic MK902 II, you can install AllCast Receiver on the box instead.

AllCast Receiver is available for free from the Google Play Store, but if you’re using it with the free version of AllCast then there’s a 1 minute viewing limit and ads in the app. To remove the ads and time limits, you’ll need to pony up $4.99 for AllCast Premium.