I wouldn’t blame you if you took one look at Dell’s Alienware Concept UFO handheld gaming PC and its detachable controllers and decided it was nothing but a Nintendo Switch clone. But this little device is much more than that — because it’s got the guts of a full-fledged Windows computer.

Sure, you could use it to play games on the go — and that’s what it’s designed for. And you could plug it into a TV and use the wireless controllers for gaming at home. It’s designed or that too.

But with a 10th-gen Intel Core processor, Windows 10-based software, and two USB Type-C ports, this little computer could theoretically be the only PC you need. Connect a docking station and it becomes a desktop computer. And theoretically the same connectors that allow the controllers to attach to the sides could be used to dock other accessories, turning the UFO into to laptop or desktop gaming PC.

The only catch? As the name suggests — it’s just a concept for now. Dell has a fully functional prototype, but the company hasn’t committed to bringing this tiny, modular gaming PC to market. 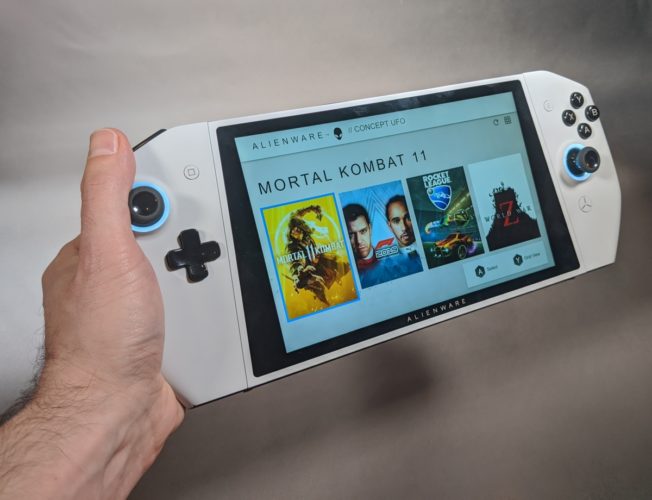 Dell won’t provide many details about the hardware used in the prototype — which is fine, because if the company does start mass producing these things, it probably won’t be for another year or two, so the specs would likely change.

So we don’t know much about the CPU, GPU, memory, or storage. But we do know that the system features an 8 inch display, a headphone jack, and Dell did tell me that the USB-C ports are not currently a Thunderbolt 3 port, which means that you cannot connect an external graphics dock. But that could also be subject to change. For now, Dell says the system already has more horsepower than many gaming laptops. 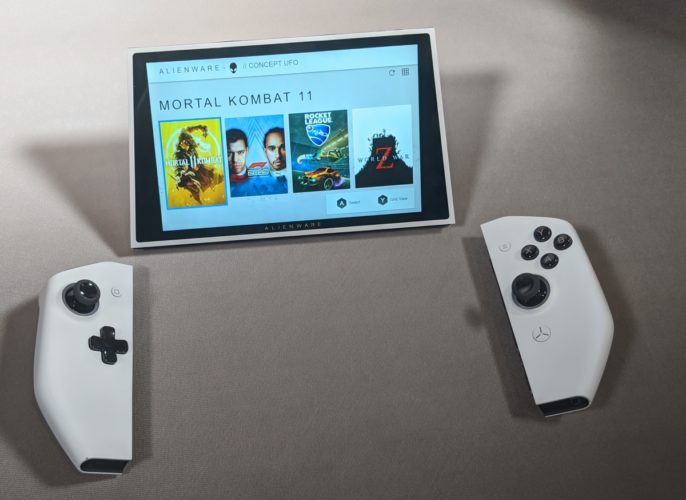 This isn’t the first handheld gaming PC we’ve seen — the GPD Win 2 and Smach Z come to mind (although whether the Smach Z will ever actually ship remains to be seen). But Dell is a much bigger player in the PC space than either of those companies, and through its Alienware brand, it’s also a major player in the gaming PC space.

It’s also not the first modular gaming tablet with detachable controllers we’ve seen — but the only other high-profile example I can think of is the Razer Edge Pro which was released way back in 2013 and discontinued not long after. 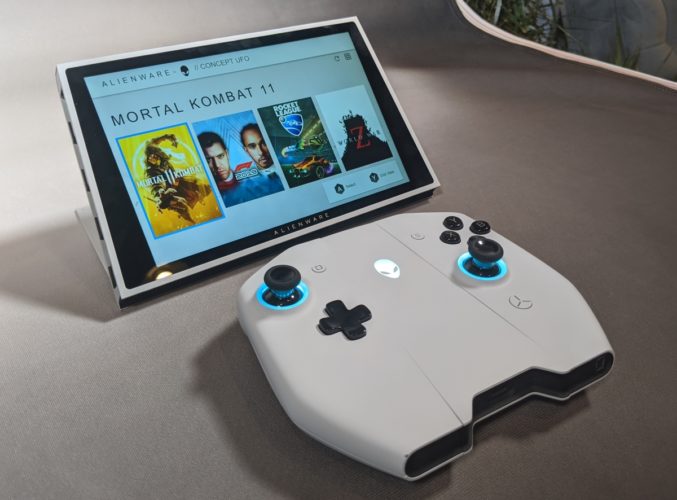 Overall it’s exciting to think about Dell entering both the handheld gaming space and the modular mini PC space. But while the company is showing off a working prototype at CES this week, the company hasn’t yet announced any plans to actually sell this thing… or any details about how much it would cost if it were ever released.