They all feature discrete graphics options including NVIDIA GeForce GTX 10-series graphics, and they all support virtual reality systems such as the Oculus Rift or HTC Vive. You can also connect any of the new laptops to an optional Alienware Graphics Amplifier, which allows you to connect a desktop graphics card to your laptop.

The 13 inch model will certainly be the most portable of the bunch, but it also might be available with one of the most vivid displays: Dell says it’ll have an optional OLED screen with a 100,000:1 contrast ratio and 1ms response time. But that’s about all we know about the new Alienware 13 so far, other than that it’s coming in November.

Here’s what we know about the new Alienware 15 and 17 laptops, which should both be available later this month. 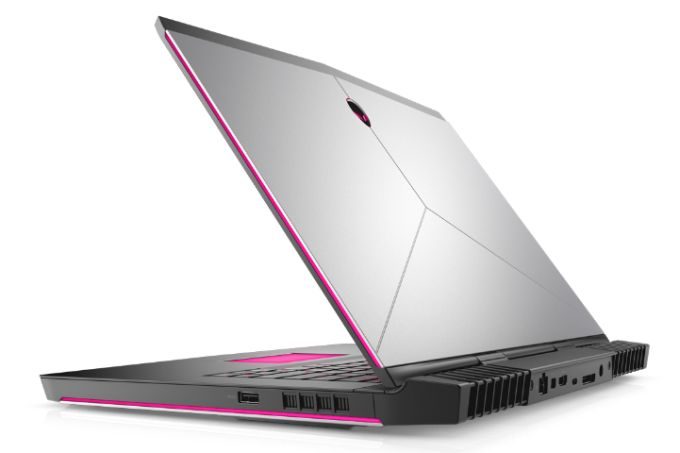 The Alienware 15 and 17 feature anodized aluminum cases and keyboards with RGB LED backlighting, 2.2mm of key travel, and steel-reinforced keys.

Entry-level models feature 8GB of DR4 2133 MHz RAM, but Dell will offer up to 32GB of RAM. And the system supports PCIe and SATA storage with support for up to 3TB of total storage.

A new option is Tobii eye-tracking, which allows you do to things like wake the laptop from sleep by looking at it, lock the laptop when you walk away, and control some in-game features with your gaze, such as replaying your gaze pattern when you get killed — so you can see if you were looking the wrong way at a crucial moment.

The laptops feature 1920 x 1080 pixel IPS displays and Dell says the 15.6 inch model will be available with 68 Wh or 99 Wh battery options. Dell doesn’t say anything about the batteries ofr the larger model.