Originally designed to be a Steam Machine running Valve’s Linux-based Steam operating system, the Alienware Alpha is currently shipping with Windows. You can thank Valve’s decision to delay launch of Steam OS until 2015 for that.

Prices for the Windows-based Alienware Alpha start at $550. 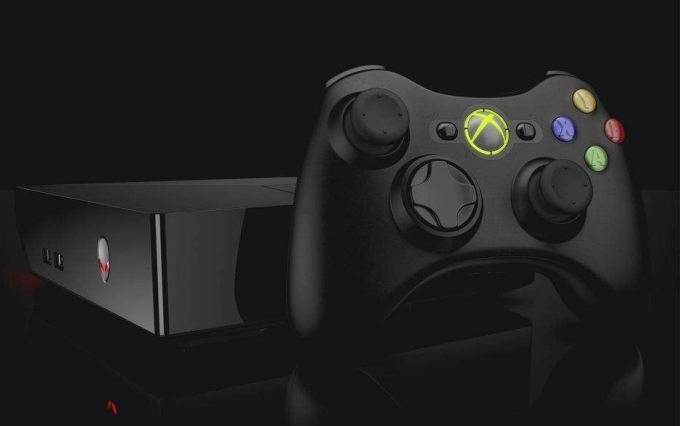 While the computer runs Windows 8.1, it also comes with the Steam game client and Steam Big Picture user interface pre-loaded. In fact, when you first turn on the PC, it’ll boot into that game-centric user interface rather than the typical Windows desktop.

Dell is positioning the system as a game console which also just happens to be a full-fledged PC.

The computer measures about 8 inches across and 2.5 inches high, and comes with an Xbox 360 wireless game controller and it’s available with Intel Core i3 through Core i7 Haswell processors, up to 8GB of RAM, up to 2TB of storage, 802.11ac WiFI, and NVIDIA Maxwell graphics.