Alcatel is probably best known in the US for making phones… if the company’s known at all. But Alcatel is also getting into the Android tablet space with the One Touch T10.

It’s a 7 inch tablet which runs Android 4.0 Ice Cream Sandwich. I haven’t seen US pricing for the tablet, but it’s expected to sell in Europe for about 120 Euros. It will probably be even cheaper if and when it goes on sale in the States. 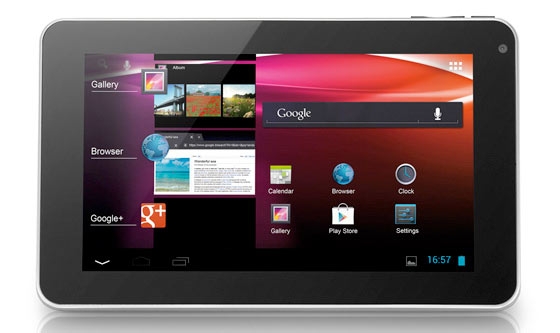 The 12 ounce tablet also has a microSD card slot for up to 32GB of additional storage, and features a 0.3MP front-facing camera, 802.11n WiFi, a micro USB port, mini HDMI port, and a headphone jack.

In the promotional photos you can see an icon for the Google Play Store and Google Maps, which suggests that this is a Google certified device with full access to the Play Store.