Alcatel is following up last year’s well-received Idol 3 smartphone with two new models: the Idol 4 and Idol 4S. The company says the new phones have faster processors, better speakers and cameras, and other improvements… as well as one unusual new feature: the packaging.

After you unpack your new phone, you can use the box it came in as a Google Cardboard-style virtual reality headset. Just slide your phone into the place holder and you an peer through the focal lenses to interact with 360-degree videos and virtual reality games. 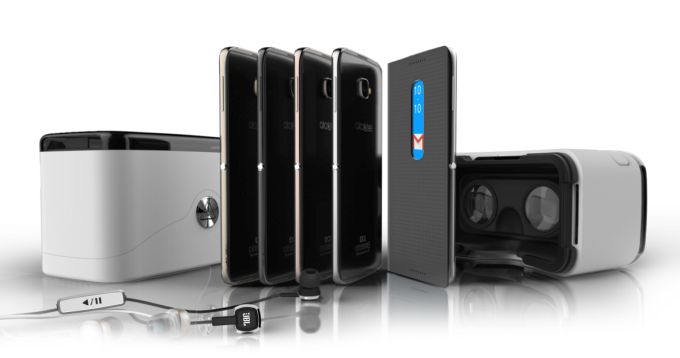 Alcatel notes that the “VR-in-the-box” packaging will only be available for some models, but like any Android phones, you could always use the new Idol 4 or Idol 4S with your own Google Cardboard headset.

Both phones run Android 6.0 software, have reversible user interfaces (the UI will change to match the way you’re holding the phone, and the stereo speakers will adjust the right and left channels automatically), stereo 3.6W speakers, rear cameras that can focus in under 0.3 seconds and front-facing cameras with wide-angle 84 degree lenses

Here’s a run-down of what you get with each phone: 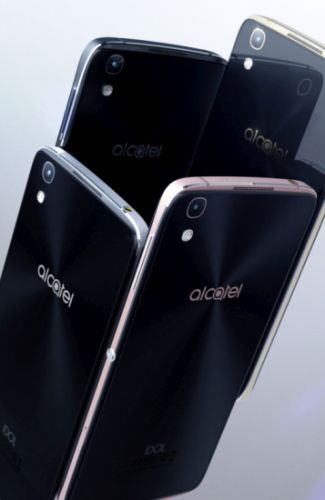 Alcatel hasn’t yet revealed the US pricing or release date for the phones, but they’ll be on display at MWC in Spain this week.

Oh, an in case you haven’t noticed, I’ve been referring to the company as Alcatel rather than Alcatel OneTouch. That’s because the subsidiary of TCL in charge of phones has changed its branding, and will now go by the less cumbersome name going forward.

They’ve also got a new logo to go with the new name.