TCL’s Alcatel Idol 3 smartphone made a bit of a splash when it launched in 2015, thanks to a combination of decent specs and design and an affordable price tag. The 2016 follow-up was a bit less impressive in terms of bang-for-your buck, but Alcatel threw in a box that could be used as a VR headset, so that’s something.

This summer the Alcatel Idol 5S went on sale, with solid specs for a mid-range phone, and an attractive price of $280 (or $200 for Amazon Prime members willing to put up with lock-screen ads).

So what’s next? The Alcatel Idol 5… at least according to WinFuture’s Roland Quandt. 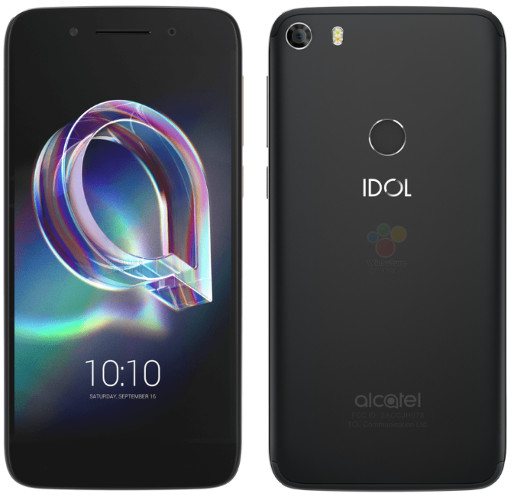 He uncovered some details about the unannounced phone, which Alcatel will probably officially unveil at the IFA show in Germany next week.

The new phone, which has the model number TCL 6058 showed up in the GFXBench database recently, and Quandt has additional details, confirming that the Idol 5 will features a 5.2 inch, 1920 x 1080 pixel IPS display, a MediaTek MT6753 octa-core processor, 3GB of RAM, and 16GB of storage.

The phone is expected to feature a 13MP front-facing camera and a 16MP rear camera, a 2,800 mAh battery, an da price tag of around 399 Euros ($470), suggesting that this will be a premium alternative to the Idol 5S… which is odd for a phone with this particular processor.