After launching the well-received Idol 3 smartphone in 2015, Alcatel added two new Android smartphones to the Idol family this summer: the $350 Idol 4S and the $200 Idol 4.

Neither phone has what I’d describe as killer specs, but they’re reasonably affordable phones, especially when you consider that they ship in a box that can also be used as a VR headset.

But it looks like Alcatel may also have a premium model on the way. WinFuture has details about an unannounced phone called the Aclatel Idol 4 Pro, and it seems to be a pro device in more ways than one. 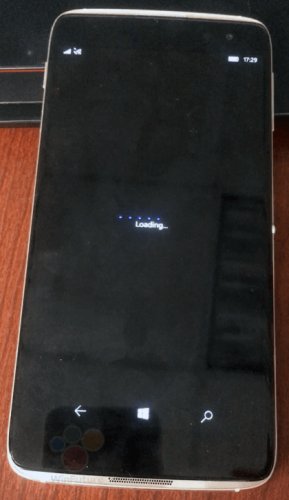 First up, the Idol 4 Pro is powered by a Qualcomm Snapdragon 820 processor, while the other Idol 4 series phones have less powerful chips. With 4GB of RAM and 64GB of storage, it also has the kind of specs you’d expect from a 2016 flagship device.

Second, this phone runs Windows 10 Mobile software rather than Android. That means it comes with Microsoft Office and Cortana… but it also means that the phone will likely support Continuum for Phone, allowing you to connect the phone to an external display to run some apps in desktop mode.

That could allow you to use the phone as a sort of mobile workstation, the same way you can with the Microsoft Lumia 950 series of phones, the HP Elite X3, and the Acer Liquid Jade Primo.