PC accessory maker Akasa has been offering fanless NUC cases for years. Take the guts of an Intel NUC mini-computer, remove them from the original case and put them into an Akasa chassis and you have a small, silent, passively-cooled PC. 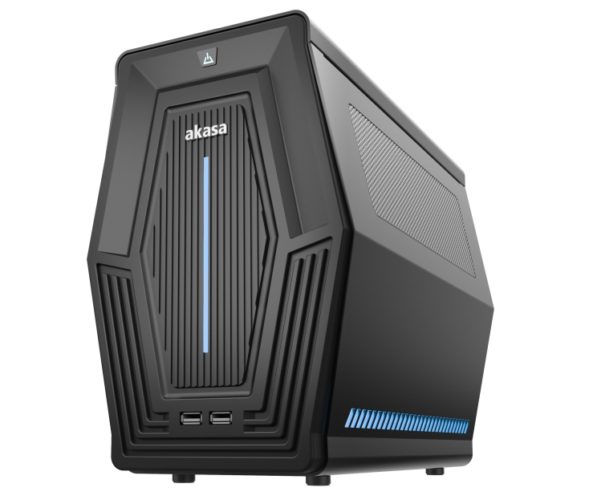 Rather than a standard motherboard, the case has a backplane with three PCIe slots, allowing you to connect Intel’s PC-on-a-module to use one or both of the other slots for a discrete graphics card.

Akasa says its system has an 800W SFX power supply and supports up to a 300mm graphics card (Intel’s Ghost Canyon NUC only has room for cards up to 203mm).

There’s a plastic panel on the front with a power button and LED light plus two USB-A ports. And the system also has a 2.5 inch drive bay for a hard drive or SSD.

While the Venom QX is Akasa’s first NUC 9 chassis, the company also plans to release two more later in the first quarter of 2020: the upcoming Akasa Turing QX and Galileo QX are both passively cooled cases designed for Intel’s NUC Compute Element systems.

Akasa joins several other companies in offering third-party cases for the Intel NUC Compute Element. Razer, Cooler Master and ADATA XPG all have their own solutions.