A week after acknowledging a serious security vulnerability affecting its software, the makers of AirDroid have released an updated version of their app for sharing data between an Android phone and a PC.

AirDroid 4.0.0.3 is said to fix the security problems that could have allowed malicious hackers to intercept data sent between your devices if you were using an unsecured WiFi network.

The latest version of AirDroid is available from the Google Play Store. 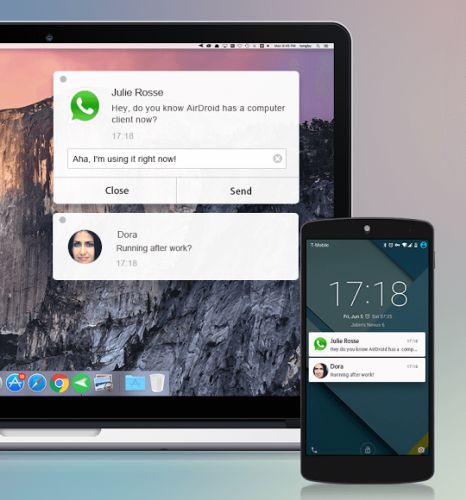 The update sends all data over secure httpss connections, while earlier versions used https for some communications. Encryption and other security features are also said to be better in the new versions of the app.

What’s still a bit troubling is that researchers at Zimperium say they first discovered the security vulnerability and notified AirDroid about it in May… and it was only after Zimperium went public with the information half a year later that AirDroid quickly delivered a fix, although the company says it began working on that update as soon as it learned about the problem.

Keep in mind, there’s never been any serious security threat for users that only use AirDroid on a trusted network, since an attacker needs to have access to your network in order to carry out a man-in-the-middle attack.