Aiptek’s ProjectorPad P70 is an Android tablet with a built-in projector which you can use to shine movies, pictures, or presentations (among other things) on a screen or wall.

As a tablet, the P70 has pretty modest specs. But it’s one of the few tablets I’ve seen to feature a built-in projector… albeit a low resolution one that will work best in a pretty dark room.

The ProjectorPad P70 should be available in February for $369. 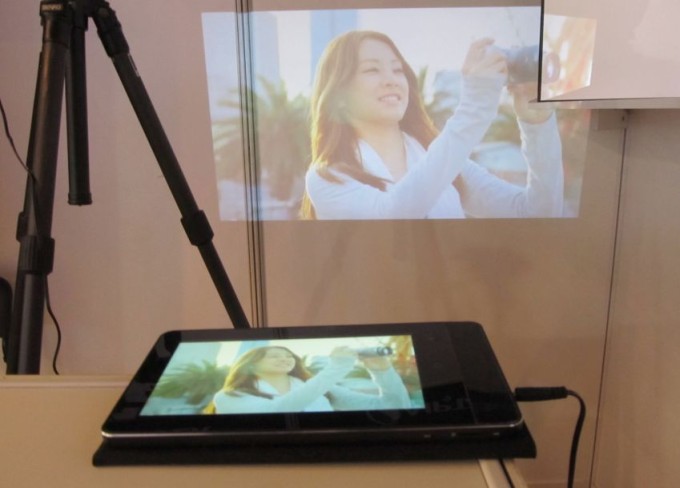 The tablet is up for order at Amazon, but as of early January it’s listed as out of stock.

It has an 854 x 480 pixel projector with a 50 lumen bulb. Aiptek says you should get about 2 hours of battery life while using the tablet’s pico-projector. It should last longer if you just use the built-in screen.

You can either use the 7 inch screen and the projector at the same time or disable the screen while using the projector.

This isn’t Aiptek’s first ProjectorPad. The company introduced a P100 model a few years ago. That version actually had a higher-resolution display and a 300 lumen projector that was detachable. But it was also bulkier.

3 replies on “Aiptek ProjectorPad P70: A 7 inch tablet with a projector”