Chinese tablet maker Ainol grabbed some headlines late last year when the company announced it would be one of the first to produce a tablet running Google Android 4.0 Ice Cream Sandwich software — and that it would cost just $100.

But that first device wasn’t exactly a speed demon, and it featured a MIPS processor which means that some Android apps wouldn’t even run on the tablet.

Ainol has released several tablets since then, most of them with significantly better specs. Now the company is getting ready to launch its most impressive looking tablet yet. 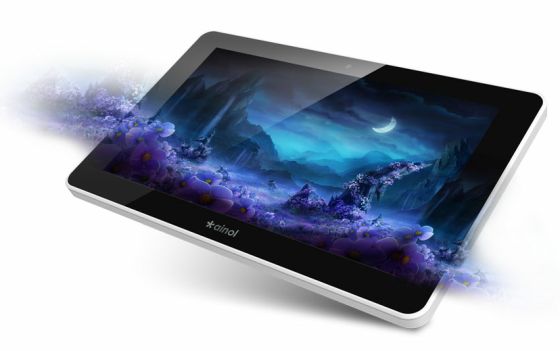 The Ainol Novo 7 Aurora II is due out in May and it features a 7 inch, 1024 x 600 pixel IPS display with wide viewing angles, a 1.5 GHz Amlogic ARM Cortex-A9 dual core processor, 1GB of RAM, and 8GB of storage. It runs Google Android 4.0 and has a 5-point capacitive touchscreen.

Notebook Italia spotted a retail product listing for the new tablet, suggesting it could sell for as little as $190.

Ainol will also offer a cheaper $149 tablet called the Novo 7 Elf II which will have similar specifications but it won’t have the IPS display.