Four years after launching a tiny computer-on-a-stick that plugs straight into the HDMI port of a monitor or TV, the Asus VivoStick is getting a slight spec bump.

And when I say slight, I mean the new model still has the disappointing Intel Atom x5-Z8350 Cherry Trail processor. But the new VivoStick TS10-B174D has twice the memory and storage of the earlier model, and it ships with Windows 10 Pro instead of Home. 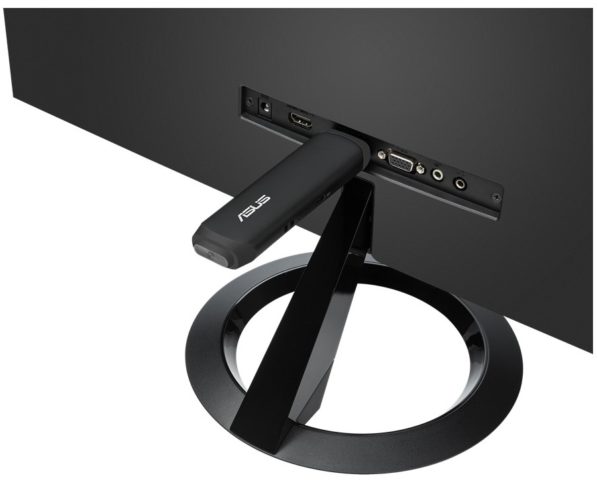 That means the new version, which launches in Japan on February 21st, features 4GB of LPDDR-1600 memory and 64GB of eMMC storage.

Other specs are largely unchanged, which means you get a fully functional computer with 802.11ac WiFi, Bluetooth 4.0, USB 3.0 and USB 2.0 ports, a headset jack, and an HDMI connector on one end for connecting to a display, plus a micro USB port for connecting a power source.

The whole computer measures about 5.3″ x 1.4″ x 0.65″, making it a bit larger than an Intel Compute Stick. But since Intel has discontinued its own PC-on-a-stick platform, there’s not really much competition in this space anymore.

It’s unclear if Asus will offer the new VivoStick outside of Japan anytime soon.

via AnandTech, Hermitage Akihabara, Kakaku, and