One or the nice things about Android smartphones is that if you don’t like the one-time screen keyboard, home screen launcher, or other default apps that come with your device, you can probably replace them. Usually the best be reasons to do that have to do with personal preferences. Maybe you want a different layout, or more customization options. Or maybe… Just maybe… You don’t want to see banner ads every be time you try to type something.

That’s exactly what many owners of HTC smartphones are seeing today. You can probably blame HTC’s decision to partner with a third party keyboard app maker.

Update: HTC has issued a statement indicating that this was not what the company had planned to have happen, and that HTC is working to remedy the issue. Scroll down to see the full statement. 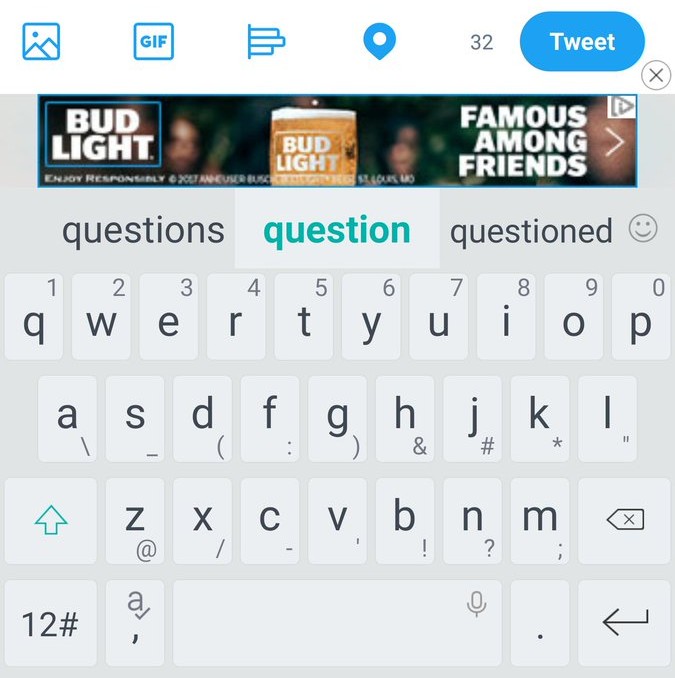 A number of recent HTC phones come with a keyboard from Touchpal preloaded. That keyboard is also available through the Google Play Store, which allows Touchpal to push out software updates without waiting for HTC to release an updated version of Android for the phone.

Usually that’s a good thing, since it allows you to get bug fixes, security updates, or new features more quickly. But it seems like Touchpal decided to insert ads above the qwerty keys in the latest update.

HTC says users can uninstall all updates from the app settings menu on their phone to disable ads (and anything else that’s ever been pushed to the keyboard through a Play Store update). But since the keyboard comes preinstalled on the phone as a system app, you can’t uninstall it entirely.

What you can do is download and install an alternate keyboard, like Google’s own Gboard app. And if Google ever decides to install ads in that app, (which seems unlikely, but you never know), you can ditch it for another option.

By letting users know that the (at least temporary) fix involves rolling back to a previous version of the app, it sounds like Touchpal may have decided to start running ads without letting the phone maker know. So maybe HTC will apply some pressure and this issue will work itself out soon. But it’s a bit surprising to see this happen in the first place. And recent reviews for the Touchpal keyboard for HTC app in the Play store suggest that users are not pleased.

Due to an error, some HTC customers have reported seeing ads on their phone’s keyboard. This is absolutely not the experience we intended, and we’re working to immediately fix the error and remove the ads as quickly as possible.