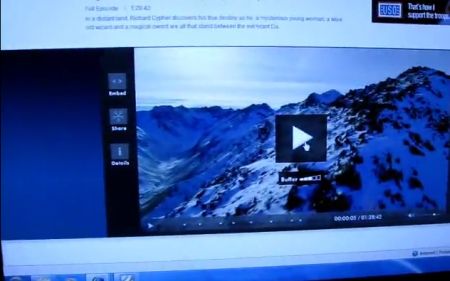 Flash video is tough on CPUs. Netbooks have relatively slow CPUs. As a result, netbooks and desktops with low power Intel Atom processors have had a tough time handling some high quality and high definition Flash video since day one. Well, today is officially day two, thanks to the beta release of Adobe Flash Player 10.1.

OK, that might be an overstatement. But here’s the thing: Flash Player 10.1 includes support for GPU acceleration for H.264 encoded Flash video. That means if you have a supported graphics processor, you should be able to watch 720p and even 1080p Flash video smoothly without overtaxing your CPU. Two of those supported processors are becoming increasingly common in netbooks and thin and light laptops: NVIDIA ION and Intel GMA X4500MHD.

The NVIDIA ION platform combines a low power Atom processor with NVIDIA GeForce 9400M graphics. The result is a low power laptop that might seem a bit sluggish performing some everyday tasks, but which can play some modern video games and decode Blu-Ray video. And thanks to Flash 10.1, it can also handle 1080p Flash video playback.

Intel’s GMA X4500MHD shows up in laptops using the Consumer Ultra Low Voltage (CULV) platform. That includes the Acer Aspire 1410, 1810T, and Asus UL20A, although the only laptop I’ve had handy to test Flash Player 10.1 beta with was the UL20A. It handles HD Flash video beautifully.

The folks at NVIDIA sent me an ASRock ION 330 nettop with ION graphics to test HD Flash performance, and the results are pretty impressive. You can check out my before and after videos after the break. Adobe Flash Player 10.1 should work just as well on laptops with the NVIDIA ION platform including the HP Mini 311, Lenovo IdeaPad S12, and Samsung N510.

Unfortunately, Flash Player 10.1 will not work with the GMA 950 graphics that come with nearly every other Intel Atom powered netbook on the market. I’m actually not sure about compatibility with Intel’s GMA 500 graphics, but I wouldn’t hold my breathe.

NVIDIA also cautions that while an ION-based notebook supports full GPU acceleration for HD Flash video, the CPU still has to be able to keep up with all the disk and network activity, and you may notice some stuttering because of that. You should be able to get around this in most cases by hitting pause on the video a moment after you hit play and letting it buffer briefly before you start playing the video again.

You can download Flash Player 10.1 from the Adobe Labs web site.

Note that you may need to download the latest drivers or firmware updates for your graphics hardware in order for Flash Player 10.1 beta to work properly.