Looking to add a router or firewall to your networking lineup and want some gear with relatively recent specs? A new mini PC with 6 Gigabit Ethernet ports, up to an Intel Core i5-1135G7 processor and support for open source router, VPN, and firewall software like pfSense might fit the bill.

As spotted by the the folks at FanlessTech and CNX Software, versions of the mini PC are available from AliExpress or Amazon. 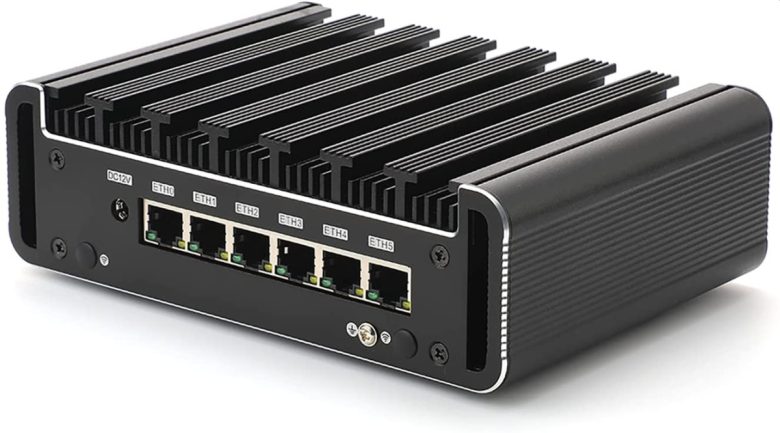 Prices start at $417 for a barebones model with an Intel Celeron 6305 processor at Amazon, or $445 for a barebones system with a Core i5-1135G7 chip at AliExpress and both stores sell configurations with up to 32GB of RAM and 512GB of solid state storage if you don’t feel like supplying your own.

In addition to the Gigabit Ethernet ports on the back of the computer, there are four front-facing USB 3.0 ports, an HDMI port, and an RJ45 COM port plus a power button and a reset key.

Under the hood it supports up to 64GB of RAM thanks to two DDR4-3200 SODIMM slots and dual storage devices courtesy of an mSATA connector for an SSD and a 2.5 inch bay for a hard drive or solid state drive.

The system features a passively cooled aluminum enclosure that measures about 7″ x 5″ x 2.2″ and which weighs about 3.3 pounds.

15 replies on “This small fanless PC with Intel Tiger Lake has 6 Ethernet ports, supports pfSense and other networking software”