A few weeks ago a friend who doesn’t keep up on the latest tech trends asked me about virtual reality, so I explained that right now you can break things into expensive, PC-based systems like the HTC Vive and Oculus Rift, or cheaper, but less powerful smartphone-based solutions like Samsung Gear VR, Google Daydream, and Google Cardboard.

Then I handed him a $10 Cardboard headset, put his phone inside, and showed him a few 360 degree YouTube videos. He was blown away and asked where he could get a headset.

I told him to take mine. I have a spare… but I also almost never use them anymore. The novelty has worn off, I told him. And after watching a few more videos or trying a few more apps, I assured him he’d probably let his new headset collect dust too.

So when I saw an article on Android Police suggesting that Google Daydream doesn’t fix “VR’s biggest problem,” I found myself nodding in agreement as I read. 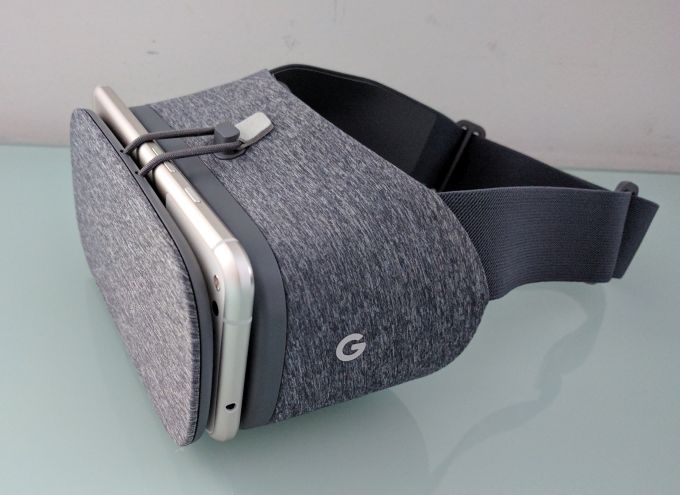 The gist of blogger David Ruddock’s argument is that today’s virtual reality experiences just aren’t all that enjoyable… and certainly don’t really stand up to repeat use.

Sure, you might play a game, take a virtual train ride, explore the solar system, or watch an immersive video once or twice. But a lot of existing VR apps offer pretty short experiences that you probably won’t feel the urge to repeat very often.

Combine that with relatively low-resolution displays that exhibit a “screen door”effect and limited support for motion or engaging any of the five senses other than sight (and maybe sound if you have a good set of headphones), and Cardboard/Daydream/Gear VR style devices feel like a novelty that’s really cool for a few minutes… and then quickly feels unnecessary.

In order to fit my phone into a headset, I usually have to take it out of its protective case first, and I very rarely encounter a VR or 360-degree experience that looks interesting enough to tempt me to do that.

I suppose gamers looking for more immersive experiences might be willing to spend money on a PlayStation VR, HTC Vive, or Oculus Rift to get a better experience… but the limitations of existing VR systems means that games will probably still look better on a TV than they do in a headset.

I do appreciate that Cardboard-style devices make it possible to experiment with VR just by spending a few bucks on an accessory for a device you may already own (a smartphone). But like Ruddock, I just don’t find a lot of reason to use these devices on a day-to-day basis once the novelty of a new app or video wears off.

What about you? Do you have any sort of smartphone-based VR headset? Do you use it regularly? Or has it been sitting on a shelf for months the way mine has?

Keep in mind, what I’m asking in this poll isn’t if you’ve ever used a VR headset. It’s if you’ve continued to regularly use one after owning one for more than a few days.