Want to check out Windows Mixed Reality, but don’t want to spend $3,000 on a Microsoft HoloLens development edition kit? The Microsoft Store started taking pre-orders for cheaper headsets from Acer and HP earlier this year. And now you can drop the “pre.”

The developer edition of Acer’s Windows Mixed Reality Headset is now available for purchase for $299. 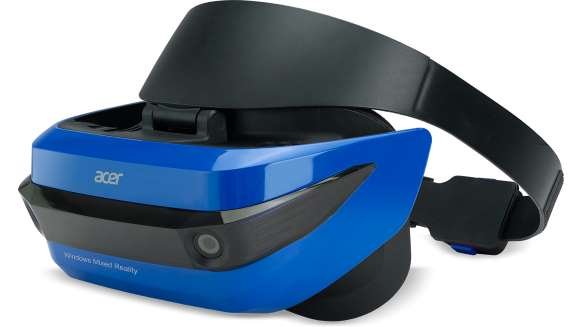 Unlike HoloLens, the Acer headset is more of a virtual reality device than a true mixed reality headset. Instead of a transparent display that superimposed virtual objects on your real-world view, the Acer headset puts a high-res display in front of your eyes.

Microsoft recommends you use the headset with a computer running the Windows 10 Creators Update or later and featuring an Intel Core i7 hexa-core or faster or AMD Ryzen 7 1700 octa-core or faster processor with NVIDIA GTX 980 or faster graphics (or AMD Radeon RX 480 or better).

HP also has a Mixed Reality Headset Developer Edition which is priced at $329. But it’s currently out of stock at the Microsoft Store.